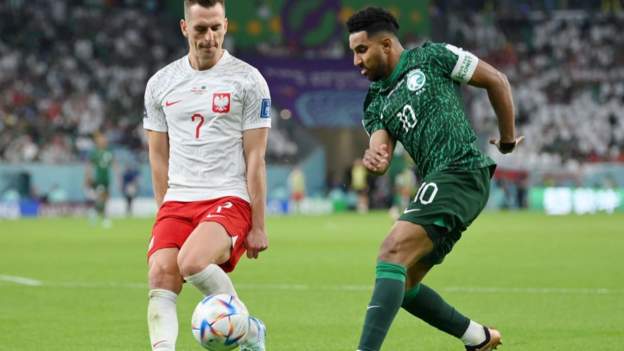 After playing out a 0-0 draw with Mexico in their opening group B clash with Mexico, Poland secured their first win against of the Mundial against Saudi Arabia courtesy of goals from Maty Cash and Lewandowsky.

He takes a couple of steps forward and crosses low into the box for Robert Lewandowski then passed to Piotr Zielinski who drills into the roof of the net.

Against the run of play  but it was superbly-worked goal.

However, the Saudis had an opportunity to turn it around when they were given a penalty in the 44th minute, but

It’s not the best penalty from Salem Al Dawsari and Wojciech Szczesny is able to get down low to his right and keep it out. The follow-up is met by Mohammed Al Burayk but his effort is tipped over the bar brilliantly by Szczesny.

It was a  nightmare for Abdulelah Al Malki and Saudi Arabia. He takes a heavy touch and is robbed by Robert Lewandowski.

The 34-year-old composes himself and just slots under the keeper and into the bottom corner.

The Barcelona forward finds the the net first time in five World Cup games for Poland.

The result meant Poland will top the group pending when Argentina and Mexico will play.

Earlier the Saudi government had promised to give each Saudi player a Rolls Royce should they defeat Poland. 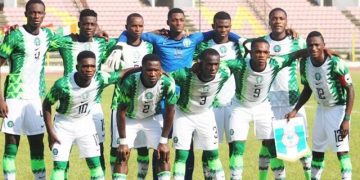