The last African representative, Ghana gave a good account of themselves but lost to an upstanding Portuguese side by 3-2.

Cristiano Ronaldo had the ball in the net and spurned two early chances in a goalless first half as Portugal dominated Ghana but were unable to make a breakthrough in their World Cup Group H match at the Stadium 974 on Thursday.

The 37-year-old Portugal captain might have had two goals inside the opening 15 minutes but missed both opportunities.

He found the net from close range in the 31st minute but only after the referee had blown his whistle for an infringement against him.

C.Ronaldo later on in the match scored from the Penalty spot to give Portugal the lead against Ghana. He becomes the first player to score in five different World Cups.

kudus set up Andre Ayew  who scored in the 73rd minute to equalize for Ghana to become the first African to score a goal at Qatar 2022.

Portugal again scored to restore the lead in the 78th minute with a stunning counter-attack that led to Joa Felix scoring the second for the Selecao.

In the 81st minute, Rafael Leao scores within three minutes after his introduction to make it three for the Europeans.

Although too late, Ghana’s Osman Bukari scores the second  goal for the West Africans to reduce the tally but Ghana goes back to their hotel in Qatar with no point.

The result meant no African team has secured a point in their opening group  matches at the mundial. 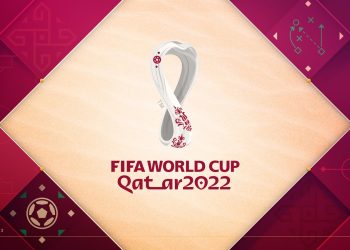