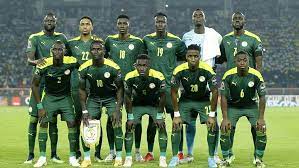 Netherlands and Senegal have booked their passage into the second round of the FIFA 2022 World Cup after beating Qatar and Ecuador respectively.

Netherlands had four points prior to the game and only needed a point to book its passage into the second round of the competition.

The Orange boys defeated Qatar 2-0 to cement their place at the top of the group A table.

Cody Gakpo fired home Netherlands first goal in the 26th minute before Frenkie de jong made it two in the 49th minute to secure all three points for the Dutch.

Meanwhile, West African Side Senegal defeated Ecuador by 2-1 with goals from Ismaila Sarr  from the penalty spot and a wonderful volley from  Koulibaly.

The Teranga Lions led at halftime but Ecuador rallied back into the game with an equalizer from Moses Caicedo in the 67th minute.

Senegal was on the brink of being eliminated before Gueye stepped up to the free-kick he won and swung a wonderful delivery into the box. It bounced off Torres’ shoulder and straight to Koulibaly who then fired a volley  past Galindez to put scores at 2-1  for Senegal.

Senegal and Netherlands become the first teams to book their place in the second round of the competition and now await their opponent as the Mundial progresses.