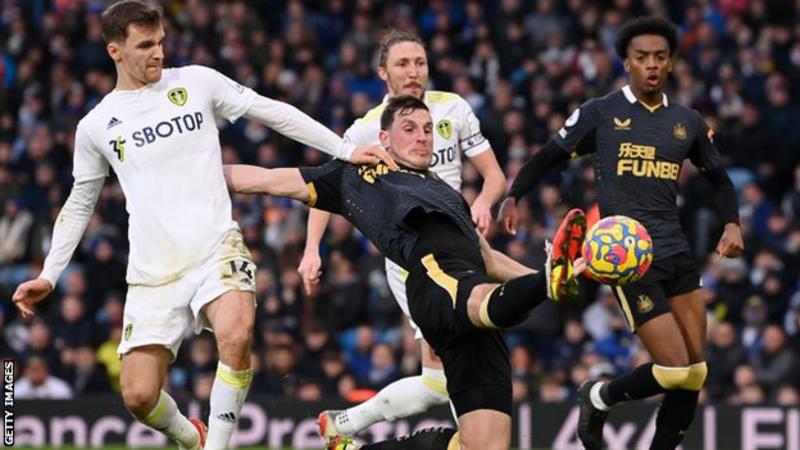 Newcastle earned a massive victory at Leeds in their fight to avoid relegation thanks to Jonjo Shelvey’s 20-yard free-kick.

Eddie Howe’s side had only won once all season prior to this energetic and tempestuous encounter where both sides struggled to make the most of first-half chances.

Why I will never join Man Utd – Kalvin Phillips

The 75th-minute goal came from a brilliant run by substitute Javier Manquillo, who was brought down on the edge of the box.

Shelvey stepped up and fired past Meslier, who perhaps should have done better, given the ball went in on his side of the goal.

Leeds had earlier wasted a great chance through Jack Harrison, whose goal-bound shot was well-blocked by Fabian Schar.

It proved a turning point as Newcastle held on, despite dropping 21 points from winning positions already this season.

After Norwich’s win over Watford, Howe’s side failed to exit the bottom three, but such a victory could prove transformative to their relegation hopes ahead of a two-week break where the team will travel to Saudi Arabia for a training trip.

For Leeds, it ended successive league victories and they paid for their profligacy in the absence of injured striker Patrick Bamford.

After Hanifa’s murder, another innocent child killed in Zaria by abductors

After Hanifa's murder, another innocent child killed in Zaria by abductors