by Bayo Millz
in Football, Sports
0
17
SHARES
425
VIEWS
Share on WhatsAppShare on FacebookShare on TwitterShare on LinkedInShare on TelegramSend as Email

Shortly after revealing eight unspecified individuals related to the club had contracted Covid-19, Besiktas on Thursday confirmed Cebi had returned a positive result.

The team have reportedly stopped training, with the Super Lig set to return from its suspension during the pandemic on June 12.

A statement from Besiktas’ health team consultant Tekin Kerem Ulku said: “The follow-up and treatment process of the people whose test results were positive has started immediately in line with the relevant procedures.”

Fellow Super Lig side Kasimpasa then revealed two players at the club had tested positive and would be quarantined, although they did not reveal the identities of those infected.

On Wednesday, second-tier outfit BB Erzurumspor said their latest round of testing returned 11 positive results, four of which were players.

The situation is likely to lead to pressure on the Turkish Football Federation, which earlier this month set the resumption date for the Super Lig. 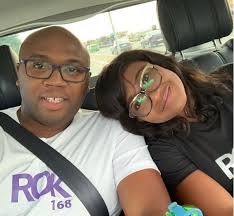