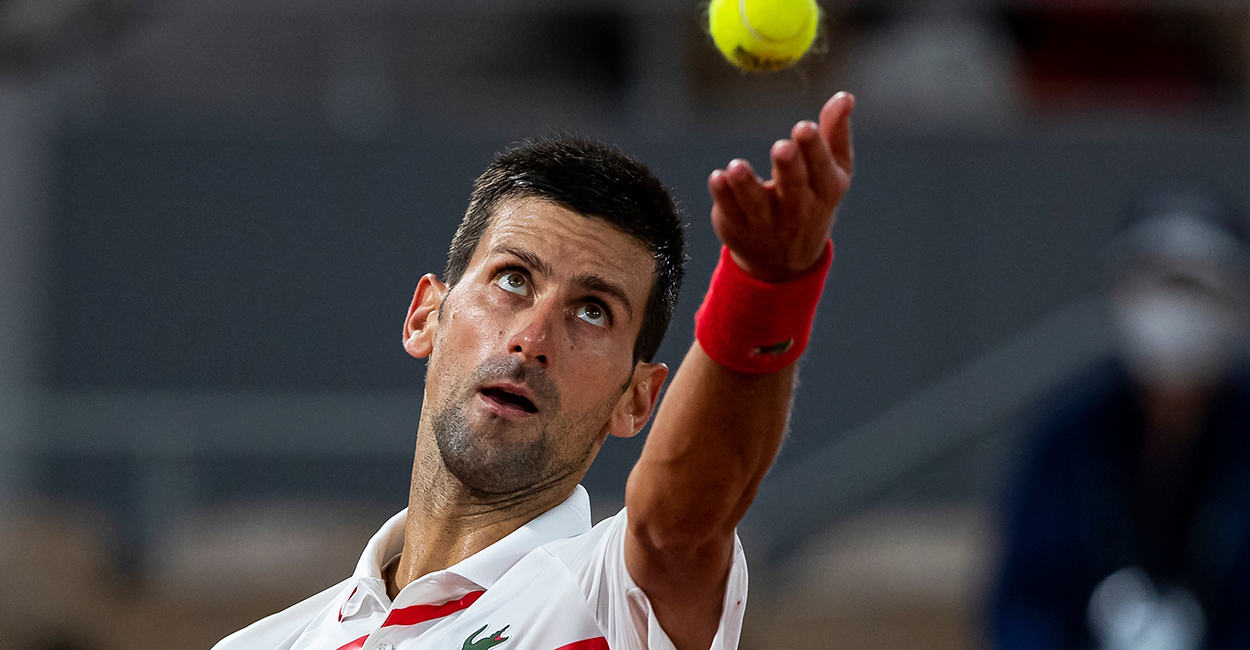 It’s been a fantastic two weeks of high-class tennis delivered by players who would simply not be put down by happenings around them, and it ended up serving what has been one of the most enthralling Roland Garros tournaments we have ever had.  Starting with the men’s tour, we had some mouth-watering first-round clashes between multiple Grand Slam winners with Stan Wawrinka easily dispatching Andy Murray in straight sets, and newly crowned US Open champion, Dominic Thiem seeing off the challenge of 2014 US Open champion, Marin Cilic also in straight sets.

World number one, Novak Djokovic, Rafael Nadal, Sascha Zverev, Diego Schwartzman, and Roberto Bautista Agut came through their first round matches unscathed. The biggest upset on day one was the elimination of world number five, Danil Medvedev falling at the hands of Hungarian Marton Fucsovics in four sets. Other notable first round exits were David Goffin, falling at the hands of talented Italian next gen star, Jannik Sinner in straight sets; world number 29, Filip Krajinovic, falling to fellow Serb ranked outside the world’s top 100, on tour Nikola Milojevic in four sets.

We also witnessed a few breakout stars making it as far as the fourth round and even the quarterfinals. Twenty-year-old American, Sebastian Korda, Frenchman, Hugo Gaston also aged 20, and German qualifier, Daniel Altmaier, made it to the fourth round eventually falling to Nadal, Thiem, and Pablo Carreno Busta respectively. Italian next gen star, Jannik Sinner, made it to the quarterfinals in his first appearance at Roland Garros, but his quarter final opponent was none other than 12-time champion, Rafael Nadal who had just too much experience in the important moments to knock out the teenage sensation.

Other quarter-final matches saw world number one, Novak Djokovic dispatch Spaniard Pablo Carreno Busta in a re-match of the US Open quarter final when Djokovic was disqualified for hitting a lines judge with the Serb coming through in four sets. Greek Stefanos Tsitsipas saw off the challenge of the spirited Russian Andrey Rublev in straight sets, and Diego Schwartzman upsetting tournament favorite and two-time finalist, Dominc Thiem in five entertaining sets.  These set up very captivating semi-final clashes. First up on semi-finals day was Diego Schwartzman looking to be only the third man to beat Rafael Nadal on the Paris dirt with the Spaniard looking to further his amazing 98-2 win/loss record at Roland Garros.

And as expected, Nadal just had too much for his opponent, sealing the win in straight sets to reach yet another final in Paris and possibly lay his hands on his 13th French Open title. The second semi-final saw world number one, Djokovic race to two sets to love lead, and was serving for the match in the third set when Tsitsipas broke back playing lights out tennis, and thus taking the third set. The Greek’s resurgence continued in the fourth set as he pushed Djokovic to a fifth set shoot-out for a place in the final but Djokovic would not be denied his chance at a showcase meeting with his rival, Nadal in the final as he breezed through the deciding set to set up the blockbuster final the tournament deserved.

Finals Sunday at Court Philippe-Chartier in Paris definitely didn’t disappoint. We got the final everybody wanted.  World number one, Novak Djokovic facing off against his biggest rival, world number two and 12-time champion, Rafael Nadal, in a suspense-filled 2 hours, 41 minutes contest. It was Nadal who sped out the blocks breaking Djokovic in the very first game; and he went on to deliver the biggest shock of the final, winning the first set to love. Nadal was on attack mode from the get go and this continued in the second set allowing Djokovic just two games. The third set was a tight affair with the world number one showing signs of life, but Nadal was just too good on the big points and would wrap up his 100th win and 13th title here in Paris in straight sets.

It was a clinical display of attacking clay court tennis from the Spaniard which saw him wallop his opponent 6-0, 6-2, 7-5 to pick the much coveted trophy. Djokovic, in his on court interview, paid homage to his great rival, acknowledging that Nadal played at such a high level that took him by surprise. The win is more memorable for Nadal because he had reservations about the heavy balls and conditions prior to the tournament. But in true Nadal style, he went on to seal his victory without dropping a set. It’s his fourth straight title here in Paris and he has tied Roger Federer as players with the most grand slam wins with 20 in the kitty.

On the women’s tour, it had been nonstop entertainment with so many highlights that had made the “COVID’ slam a huge thrill.  The first round saw the usual suspects go through unscathed; a couple scares for Karolina Pliskova and former champion, Garbine Muguruza who both avoided upsets in three sets. Simona Halep, Victoria Azarenka, Serena Williams, Petra Kvitova, Elina Svitolina, Petra Martic, and Aryna Sabalenka, all came through their first. There were some notable first-round exits with seeds like Donna Vekic, Jenifer Brady, Angelique Kerber, Madison Keys, Dayana Yastremska, Anett Kontaveit, seven-time Grand Slam champion, Venus Williams; and most notably, Johanna Konta, losing to 16-year-old American, Cori Gauff.

If the first round wasn’t dramatic enough, things went up a notch in round two with underdogs getting lots of scalps, most notably Karolina Pliskova, falling to 2017 champion, Jelena Ostapenko in straight sets. Also, US Open finalist, Victoria Azarenka, lost to Slovakian Schmiedlova Anna-Karolina in straight sets. The biggest news of the second round was the withdrawal of Serena Williams, citing the injury she sustained at the US Open. She disclosed that she’s been having difficulty walking so there obviously was no way she could compete at the level needed to mount a title charge.

We were blessed with a bunch of surprise names making their way through the draws, as far as the semi-finals. Iga Swiatek, Nadia Podoroska, Martina Trevisan, and Laura Siegemund, all made their way through tough draws, upsetting seeded players to make their way to the business end of the championships. In the first quarter-final, Elina Svitolina lost to Nadia Podoroska in straight sets; Iga Swiatek dispatched Martina Trevisan, also in straight sets. Petra Kvitova saw off the challenge of Laura Siegemund; and the last quarter-final saw Sofia Kenin defeat fellow American, Danielle Collins in three sets.

The first semi-final saw 19-year-old Iga Swiatek looking to be the first Polish player on either tour to win a Grand Slam. She quickly dispatched her opponent, Nadia Podoroska in straight sets thus booking her place in her maiden grand slam final. The second semi-final saw Australian Open champion, Sofia Kenin defeat Petra Kvitova in straight sets and booking her place in her second Slam final of the year.

We had a final not too many saw coming, but a welcome development as two stars of the future battled it out for a chance to lift the coveted trophy – Iga Swiatek, looking to make history as the first polish player ever to win a grand slam, and Sofia Kenin, looking to make it her second Slam of the year. The match promised a lot but it was Iga Swiatek who took her chance at a first slam with both hands seeing off Kenin in straight sets. The Pole, winning her first grand Slam at 19 without dropping a set, is definitely a remarkable feat. Considering the circumstances in which the tournament was staged, all cannot but agree that it was a fantastic tournament with plenty of memorable moments. Congratulations Rafael Nadal and Iga Swiatek on winning Roland Garros 2020. 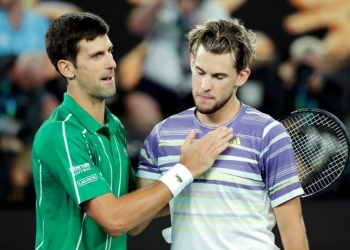 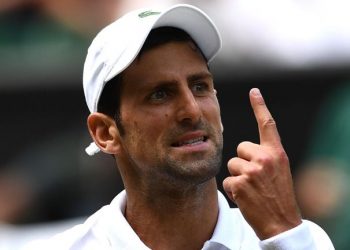 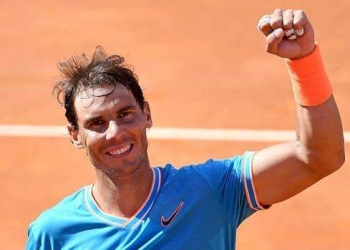