by Olaotan Falade
in Sports, Trending
155
SHARES
1.2k
VIEWS
Share on WhatsAppShare on FacebookShare on TwitterShare on LinkedInShare on TelegramSend as Email
ADVERTISEMENT

“I think he’s (Joshua) still an improving fighter,” Lee told The Boxing Show on Sky Sports News. “I think he showed huge improvement to beat Andy Ruiz. I think a little bit of inexperience, and I think mentally, he’s not as strong as Tyson. Emmanuel always said, champions are built on the inside.

“I think Tyson would beat him in eight rounds. I like Anthony Joshua, I think he’s a great fighter, and a great champion, but I think he’s a little bit inexperienced for years of fighting.

“I still think it’s a great fight, and a great match-up. It’s the only real match-up in the heavyweight division left for both guys, but I think Tyson wins in a similar fashion to what he did to Wilder.”

In February, Fury annexed the WBC heavyweight title with a surprisingly one-sided seventh-round knockout of Deontay Wilder in a rematch of their 2018 draw.

The previously undefeated American activated the immediate clause in his contract to enforce a third fight with Fury before the fight was put on hold due to the global coronavirus pandemic.

“I’d be surprised if he takes the fight with Tyson, right now anyway, because Tyson is looking so good,” said Lee.

“I think everything is in open play again. I think whatever fights were made before the lockdown, they are kind of coming null and void, and everything is up for renegotiation again.

“If I was in Wilder’s corner, or on his team, I would say, ‘Take another fight, maybe fight Andy Ruiz, or somebody else’.

“Get a win, get your confidence back up, and learn from the first fight. Try to improve, and then come back and fight Tyson again for the trilogy, because if they fight again, I can only see it going the same way, if not even more emphatic for Tyson.” 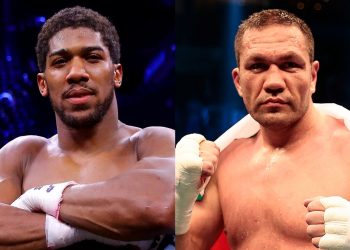