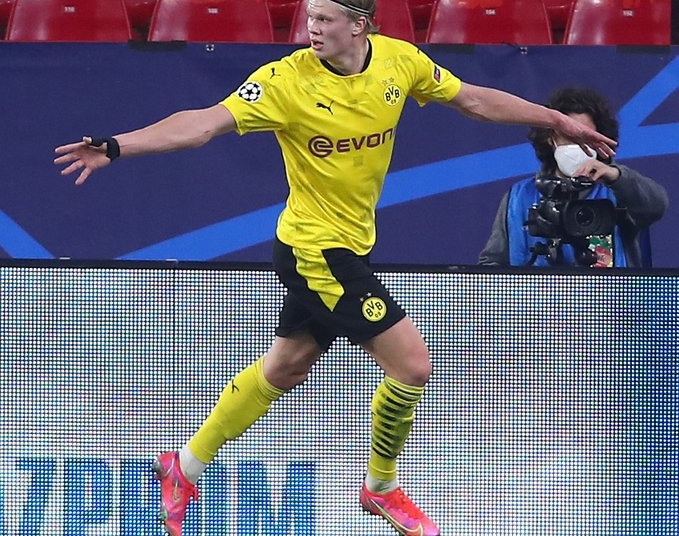 Erling Braut Haaland continued his stunning scoring run in the Champions League as Borussia Dortmund put aside their domestic woes to take control of their last-16 tie with Sevilla.

They trailed early on to a Suso shot that deflected in off Mats Hummels.

Mahmoud Dahoud levelled before Haaland got his 17th goal in 13 games in the competition to put them ahead.

It was 18 soon after via a neat finish, with Luuk de Jong scoring late on to give Sevilla hope in the tie.

The substitutes side-foot finish from a free-kick was reward for a concerted push from the home side that ultimately came too late to level the leg.

There was a VAR check for a penalty for the Spanish side in added time for a potential foul by Thomas Meunier on De Jong but the video officials deemed the contact between the two legal.

The second leg in Germany is on 9 March.