Zidane under fire over Gareth Bale’s exit from Madrid

Real Madrid coach Zinedine Zidane has earned himself heavy knocks after he revealed that Welsh international Gareth Bale is on his way out of the club, in a matter of days.
Zidane’s was criticised for disrespecting Bale, who has done so much for Madrid, including helping to win four European League championships.
“Zidane is a disgrace–he shows no respect for a player that has done so much for Real Madrid”, said Bale’s agent Jonathan Barnett.
On Twitter, commentators flayed Madrid for making Bale unwanted, after the player did a lot for the club.
Zidane branded a disgrace by Bale’s agent
“This is why Real Madrid is a trash club. So Gareth Bale plays 231 games for them, scores 102 goals & assists 65 times, not forgetting the BIG goals he scored to help Real Madrid win BIG trophies🏆 buh thats how they throw him out. That can NEVER happen at Man United.”, wrote Pirate Mulwana.
Bale’s destination is however unknown at the moment as Zidane said Madrid are in discussion with an unidentified club about Bale’s transfer.
Zidane had raised eyebrows in Houston about Bale’s future when he left him out of the Madrid squad that was beaten 3-1 by Bayern Munich in the International Champions Cup on Saturday night.
New signing Eden Hazard was among the 11 unveiled for the match.
Zidane later said he did not field Bale because “the club is working on his departure”. The Frenchman also said he hopes a deal for Bale can be struck soon “for everyone’s sake”.
“We are working on his transfer to a new team. I have nothing personal against him, but there comes a time where things are done because they must be done”, Zidane said.
“He wasn’t included in the squad because the club is working on his departure and that’s why he didn’t play. We’ll have to see what happens in the coming days. We’ll have to see if it goes through tomorrow, if it does then all the better. Let’s hope, for everyone’s sake, that it happens soon. The club is dealing with the club that he’ll move to.”
Bale joined Real from Tottenham Hotspur for a then world-record £85.3m fee in 2013 and, despite being hit by a series of injuries, has helped the club win four Champions League titles and LaLiga.
However, his future at the Bernabéu has been the source of plenty of speculation in recent times, with the likes of Manchester United, Tottenham, Bayern and Internazionale among the clubs having been linked with him.
Since Zidane’s second coming, Bale has not always been an automatic starter under Zidane.
Bale’s time at Real has looked particularly doomed ever since the club signed Eden Hazard from Chelsea last month.
The Real Madrid starting lineup in the International Champions Cup at the NRG Stadium in Houston
13. Courtois
2. Carvajal
4. Ramos
5. Varane
8. Kroos
9. Benzema
10. Modric
12. Marcelo
20. Asensio
22. Isco
50. Hazard 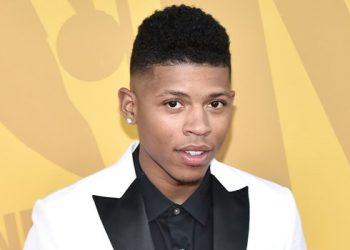