by Ediri Oyibo
in News, Tech
Reading Time: 4 mins read
A A
0 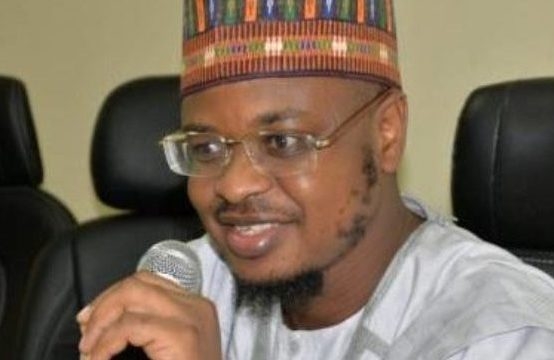 The federal government has ordered all public institutions to obtain a Nigerian second-level domain from the National Information Technology Development Agency (NITDA) and migrate to the platform with immediate effect.

TheNewsGuru.com (TNG) reports this is coming after the Federal Executive Council (FEC) approved the National Policy on the Nigerian Government Second-Level Domains during its meeting on Wednesday.

The approval followed a presentation of a memo by the Minister of Communications and Digital Economy, Isa Ali Pantami during the FEC meeting presided over by Vice-President Yemi Osinbajo.

Addressing State House correspondents on the outcome of the Council meeting, Pantami stated that with the approval of the policy, government officials must now migrate from using generic domain in their websites and their emails to the second level domain under the government top-level domain.

According to him, the use of private email like, yahoo.com; hotmail.com or gmail.com for official communications by government officials would no longer be tolerated.

“The memo I presented is our national policy, which has been approved by the Federal Executive Council. The policy has been entitled as National Policy on the Government, Second Level Domain.

“This policy has been approved, and it focuses more on mandating federal public institutions, ministries, departments, agencies, and all institutions as long as they are for government to migrate from using generic domain in their websites and their emails to our second level domain under government top-level domain.

“And someone may retire or will complete his tenure or the tenure can be terminated, and he will go with the same email. And in that email, there are many official documents.

“So, this will not be tolerated by government anymore. Any official communications must be using official email. And that email should not be a generic one. It must be dot government dot ng.

“What is most important is, dot ng, that is our national identity. There are many categories of the second level domain, some are for military, you will see like mil.ng mil is a short form of Military. Dot ng for Nigeria.

“You can see .gov.ng. Gov for government and ng for Nigeria. So there are categories of the second level domain, while our country top level domain.ng must be there in our websites, so that whoever gets access will know that this website is from Nigeria. While for email, it must reflect the official name.’’

He said that benefits of the new policy would include the protection of the nation’s cyberspace as well as safeguarding national identity.

“Furthermore, there are so many benefits of doing that. Number one, our national security. Websites are being created in other countries without domain name and some claim to be from Nigeria, this will go a long way in compromising our cyberspace, which cannot be ignored.

“If website doesn’t have this, when it comes to assessment, many international organizations doing this assessment would not be able to get the correct websites of Nigerian institutions. And this will definitely affect our global ranking. It is because of this. Our national identity is important.

“Number three, global recognition. It will give us a global recognition, because in the assessment, they will count and discover how many institutions are from Nigeria what have they been doing, what is their performance, what they have implemented so far.

“And finally, there is public confidence. If you receive an email, dot government dot ng, you will have that confidence that this is for government institution.’’

“So public confidence is key. And if you look at a crime being committed today in the country, Yahoo Yahoo, it is from the generic email, someone may sit in the comfort of his room, create an email using Yahoo, bearing somebody’s name and committing crime.

“That is why even the local name of this they call it Yahoo Yahoo. It is from using generic emails,” Pantami said.

He stated that all Ministries, Departments and Agencies (MDAs) must key into the new national policy to promote transparency and good governance.

“It is now a national policy. We must patronise our official accounts and communicate officially when you are about to leave office, there are procedures on either how to hand over the official email or how the email can be shut down completely.

“And a new one can be created for the incoming government official so that government will be able to regulate this effectively,’’ he added.

The minister revealed that an official circular would soon be issued, explaining the best way to commence immediate implementation of the policy.

He stated the National Information Technology Development Agency, which is the custodian of government domain and the second-level domain, would be readily available to assist MDAs wishing to key into the new policy

“And each government official is supposed to have an official email that he can communicate officially.

“So, this policy has been approved by the federal government of Nigeria. And part of the policy also stated that lack of compliance cannot be tolerated by government,’’ he said.

On ASUU’s refutal of his professorship from Federal University of Technology, Owerri (FUTO), the minister declined comment, saying the issue was already in court.