Federal Bureau of Investigation’s (FBI) Internet Crime Complaint Center, IC3 has reported a heist of about $1.3 billion by cybercriminals in the United States of America (USA) only, saying it also received about 300,000 complaints in 2016.

TheNewsGuru reports the FBI is the US lead federal agency for investigating cyber attacks by criminals, overseas adversaries and terrorists.

“With each passing day, cyber intrusions are becoming more sophisticated, dangerous and common.

Syndicate of 13 criminals busted in Abuja

“We continue to transform and develop in order to address the persistent and evolving cyber threats we face,” said Scott Smith, assistant director of the bureau’s cyber division.

The FBI report discloses that the most profitable type of cybercrime reported last year, a scam commonly known as “Business Email Compromise,” or “BEC”, earned fraudsters over $360.5 million from about 12,000 victims.

Business Email Compromise or BEC scams are usually carried out by tricking targets into conducting unauthorized bank transfers and are typically levelled against corporations that regularly perform international transactions, the report stated.

The IC3 stated that it only began receiving complaints about BEC in 2010, but included it last year’s report at the top of its list of “hot topics for 2015”.

The IC3 said it received 2,673 complaints involving ransomware in 2016 totalling over $2.4 million in losses.

The IC3 was established in 2000 and has since received a total of over 1.4 million complaints totalling more than $4.6 billion in reported losses, according to this year’s report.

“Be aware of what you are clicking on and also what you’re posting on social media. Always lock down your social media accounts as much as possible,” IC3 Unit Chief, Donna Gregory Gregory advised on combating cybercrime.

“Try to use two factor authentication, and use safe passwords or things more difficult to guess. The tougher the password, the harder it is for someone to crack,” Gregory added. 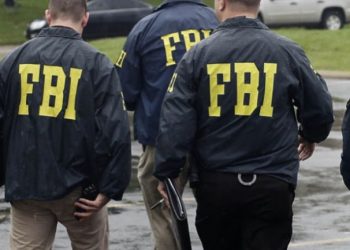 Syndicate of 13 criminals busted in Abuja