by Femi Ajasa
in Press Release, Technology
0
17
SHARES
429
VIEWS
Share on WhatsAppShare on FacebookShare on TwitterShare on LinkedInShare on TelegramSend as Email

The fifth generation (5G) telecom network is already creating buzz globally, as service providers and users realise the enormous potential of the new technology. Even as telecom operators globally are lining up resources at their disposal to embrace the latest technology, the operators in Africa are in a dilemma if they should go the whole hog with 5G or not.

The reason for this dilemma is huge under-penetration of telecom services in the continent. The question they face now is should they allocate resources on 5G network expansion when a large chunk of the population is still not availing the essential 2G services.

The mobile penetration in Africa remains at 44%, which means over 600 million people in Africa are still without mobile connections. Internet penetration in the continent is still at a 25-30% against the global average of 43%.

Our role in #EndSARS protests – Telcos

Moreover, even though the whole world is looking at 5G network roll-out by 2020, 60% of the users in Africa are still on the 2G network. Smartphone usage is a low 34% in sub-Saharan Africa against 57% globally. Even in the immediate future, it is 3G and not 5G that is going to drive the markets in the region. According to GSMA Mobile Economy 2018 estimates, 62% of the users in the continent would be using the 3G network and only 30% would be using 4G network by 2025. The report also predicts that a mere 3% would be using 5G network by that time.

With such forecast, should the telecom service providers then be going aggressive on 5G network roll-out given low Average Revenue Per User (ARPU) and smartphone adoption?

Notwithstanding these facts, telecom operators cannot just give the new technology a complete miss. Rightly so, some of them have begun 5G trials, and some even started commercial use on a very small scale. Vodacom last year launched Africa’s first commercial 5G network in Lesotho, a tiny country landlocked in Southern Africa, while others like MTN and Rain have also started 5G trials. Rain last year announced that it would be launching commercial 5G services soon.

5G: Unfolding of a revolution
The buzz and excitement around 5G is not for nothing. The enthusiasm that the telecom operators are showing is backed by the ‘revolutionizing’ potential of 5G.

5G technology is defined by high data speed, almost 100 times faster data speed than the existing technology can provide, a latency of less than a millisecond, deeper and better coverage, support to a larger number of devices, effective use the radio spectrum and low energy consumption.

Owing to these features, 5G opens the doors for new possibilities and innovations in the communication space. It enables a number of use cases in the field of healthcare, agriculture, education, financial services, and business.

These use cases are all the more significant for a region like Africa, which faces considerable governance and administration deficit due to lack of infrastructure and resources. 5G, with its innumerable possibilities, can offer a solution to these problems.

Virtualization: Helping bridging the digital divide
Africa’s digital gap issue can be solved by adopting a smarter approach. Virtualization is one effective way of addressing most of the problems telecom operators are facing in expanding their basic networks as well as allocating resources for 5G roll-out.

Virtualization is necessarily creating a software-driven network with minimal use of hardware. A software-based network with low usage of hardware not only achieves cost-effectiveness, but it also makes the network more nimble-footed.

Here’s how. A network based on software uses less of heavy hardware, and thus consumes less energy and space. The cost of setting up such a network brings down capital expenditure, and at the same time, the network becomes much more flexible.

A virtualized network is easy to deploy, and the shift to higher generation network becomes cheaper and easier. The upgradation doesn’t even require a visit from the site engineer. Since the return of investment is low, the service providers can expand in the rural or unconnected regions without stressing about low ARPU.

Virtualization is ideal for 5G networks as the latter requires a new approach to network architecture. For the 5G network to achieve low latency of less than one millisecond, deep and better coverage, the service providers need to provide for network densification. This is accomplished through adding more cell sites, macro sites and deploying small cells to increase capacity and bandwidth of the network.

Network slicing is another approach that is key to the success of 5G technology. Network slicing helps in providing customized services to each set of customers within the same network. Slicing, as the name suggests, means dividing the network into different slices with each part working standalone units. All these adjustments are easier and more manageable on a virtualized network.

All Gs
Virtualization also makes the network interoperable across all Gs, be it 2G, 3G, 4G or 5G. It comes with features like self-optimization and self-configuration capabilities which make it easier to deploy and manage. Further, it also promotes automation and programmability in the network. What this essentially means is that an existing network can be upgraded to a higher generation of technology without making significant changes in the network.
The 5G technology is an opportunity for the service providers to reduce network complexity instead of adding one more technology layer. Virtualization is the way to go as it ensures unification of the network which brings down operational cost and enhance customer experience. The telcos should grab this opportunity to simplify the networks.
So, while a virtualized network is ideal for 5G, it also solves the problem of the digital divide. As mentioned earlier, a virtualized network is cost-effective, easy to deploy and operate; telecom operators can expand their existing 2G and 3G networks at a lower cost while saving on resources for 5G trials and networks. Our role in #EndSARS protests – Telcos 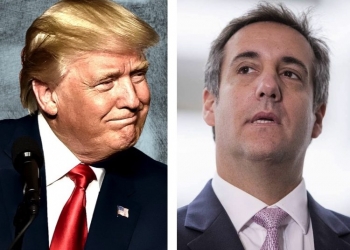