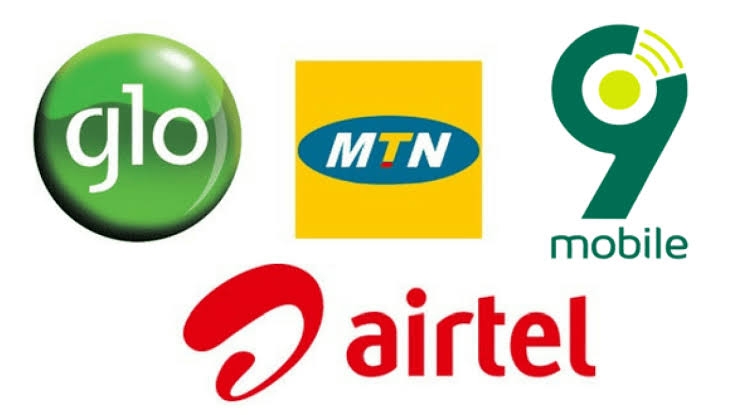 The federal government (FG) has given telecommunications operators, including MTN, Glo, Airtel, 9Mobile and others two weeks ultimatum to block all SIM cards that are not registered with the National Identity Numbers (NIN).

TheNewsGuru.com (TNG) reports this is contained in a statement issued by the Nigerian Communications Commission (NCC) and signed by Dr Ikechukwu Adinde, Director, Public Affairs of the NCC.

According to the statement, the order is following an earlier directive on the suspension of new SIM registration by network operators.

Recall that the Minister of Communications and Digital Economy, Dr Isa Ali Ibrahim Pantami had earlier directed the NCC to tie the SIM cards of Nigerians with their NIN.

The directive was contained in a statement released by Dr Femi Adeluyi, the Technical Assistant, Information Technology to the Minister of Communications and Digital Economy.

The directive followed a summon from the National Assembly on Pantami concerning the role of communication devices in national security.

However, the Communications and Digital Economy Minister, according to the statement, said there was no improperly registered SIM on the networks.

He stated that his first action after his appointment was to issue a directive that no improperly registered subscriber identification module (SIM) be allowed to remain on networks.

“The Honourable Minister has supported security agencies in their statutory duty of protecting lives and property and this is why his first action after his appointment was to issue a directive that no improperly registered subscriber identification module (SIM) be allowed to remain on our networks.

“Based on the report submitted by the regulator (Nigerian Communications Commission) on the 26th of September 2019, there is currently no improperly registered SIM on our networks.

“In the event of evidence to the contrary, the Honourable Minister will sanction any individual or institution found wanting.

“Furthermore, Dr Pantami wrote to all security agencies on the 14th of October 2019 asking them to collaborate with the Ministry by contacting us whenever a crime has been aided and abetted through the use of telecommunication devices.

“No request by security agencies for assistance in the identification of owners of SIMs used for crime has gone untreated.

“The Honourable Minister also submitted a detailed memorandum to the Senate Ad-hoc Committee on Nigerian Security Challenges on the 12th of February 2020. It contained details on policies developed by the Ministry to enhance security.

“In a similar vein, the Honourable Minister has directed the NCC to ensure that they put modalities in place to tie the National Identify Number (NIN) to SIMs, as well as see to it that no unregistered SIMs are sold.

“He has also directed the National Identity Management Commission (NIMC) to significantly scale up the number of monthly NIN registrations.

“Moreover, Dr Pantami recently presented a Draft National Policy on Digital Identity for Internally Displaced Persons (IDPs) at the Federal Executive Council (FEC) which took place on the 11th of November, 2020. The memo was approved and will support in the provision of Digital IDs for Nigerians, thus assisting in the implementation of the Policy to tie NINs to SIMs.

“The Honourable Minister wishes to assure the Distinguished Senators and Nigerians that the Federal Ministry of Communications and Digital Economy is committed to using technology to support the growth of our economy and the security of our nation. To this end, we look forward to collaborating with the Senate and security agencies in this regard,” the statement read.

Following the earlier directive on the suspension of new SIM registration by network operators, the Honourable Minister of Communications and Digital Economy, Dr. Isa Ali Ibrahim (Pantami) convened an urgent meeting of key stakeholders in the Communications industry on Monday, December 14, 2020.

At the meeting, the need to consolidate the achievements of last year’s SIM registration audit and improve the performance and sanity of the sector was exhaustively discussed and all stakeholders agreed that urgent drastic measures have now become inevitable to improve the integrity and transparency of the SIM registration process.

To this end, the following decisions were taken for immediate implementation by all Network Operators:

i.​Affirmation of the earlier directive to totally suspend registration of NEW SIMs by all operators.

iv.​After the deadline, ALL SIMs without NINs are to be blocked from the networks.

v.​A Ministerial Task Force comprising the Minister and all the CEOs (among others) as members is to monitor compliance by all networks.

vi.​Violations of this directive will be met by stiff sanctions, including the possibility of withdrawal of operating license.

The general public is hereby urged to ensure that their NINs are captured in their SIM registration data.

All inconveniences which might be occasioned by this directive are deeply regretted.

Tottenham will 'try to win' at Liverpool - Mourinho