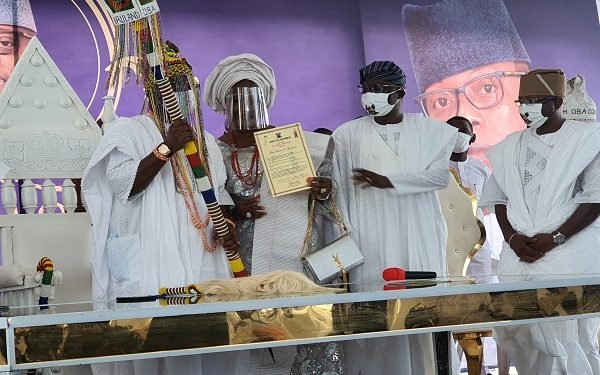 The Governor of Lagos state Babajide Sanwo-Olu has presented the staff of office to the new Oniru of Iruland, Prince Gbolahan Lawal, during a coronation in Lagos.

Lawal, who until his appointment the the Lagos State Commissioner for Agriculture, Prince Gbolahan Lawal, resigned his appointment from the cabinet of Governor Sanwo Olu during the week.

The new Oniru-elect, who received the approval of the State Executive Council, under the leadership of Governor Babajide Sanwo-Olu, was said to have satisfied all legal requirements.

A statement by the Chief Press Secretary to the Governor, Mr Gboyega Akosile, on Friday stated that the appointment of Prince Lawal as the Oniru-elect took immediate effect.

Editor cries to Sanwo-Olu over Customs boss, Omonile take over of land

Before he retired from the Nigeria Police Force in 2008 as Superintendent of Police, which he joined as commissioned Cadet Assistant Superintendent, he held several duty posts among which was serving as an Aide-de-camp [ADC] to the former governor of Lagos State, Asiwaju Bola Ahmed Tinubu.

Editor cries to Sanwo-Olu over Customs boss, Omonile take over of land 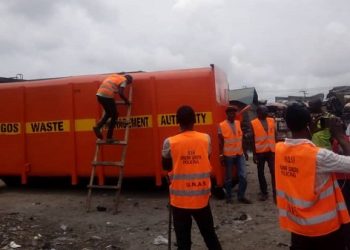