by Oghenekevwe Uchechukwu
in News, Top Story
Reading Time: 3 mins read
A A
0 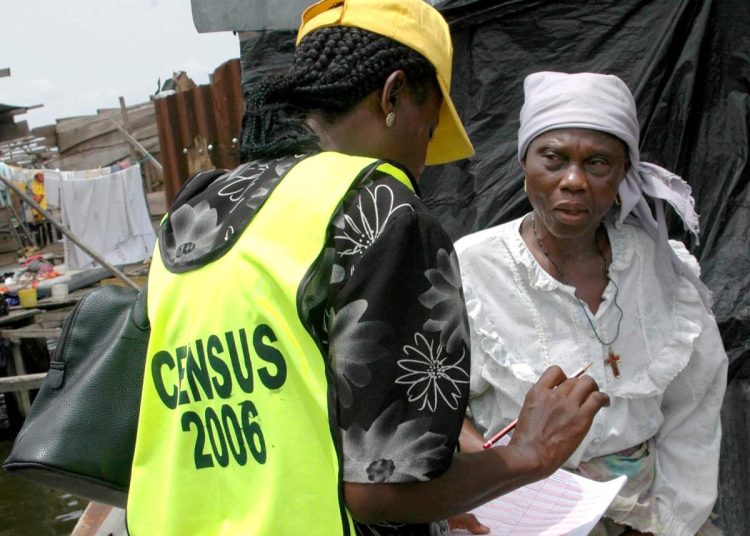 At a time of serious fiscal challenges, Nigeria’s decision to spend N532.7 billion for the conduct of a population census in 2023 has remained a subject of controversy, with many questioning the need for a census in view of the widespread insecurity and the availability of alternative population information sources.

The National Bureau of Statistics (NBS) has flagged insecurity as a serious risk that was taking a toll on data collection for field surveys and can affect the quality and reliability of statistical information in the country.

However, Nigeria’s President Muhammadu Buhari, has given approval for the conduct of the country’s first digital census in April 2023, barely a month before the end of his eight-year administration, a timing which analysts say is a miscalculation.

Defending the conduct of the exercise, President Buhari said the deployment of digital technology will ensure the census data is more accurate, just as the national census will help in the fight against insecurity.

“The country’s inability to conduct a population census in the last 16 years has created an information vacuum as the data from the last census conducted in 2006 has been rendered out of date for planning purposes.

“It has therefore become imperative for the nation to conduct another national census to produce a new set of demographic and socio-economic data that will provide the basis for national planning and sustainable development, the President said.

Ideally, a national census provides important information on a country’s population that is used in government planning, administrating and underpinning the national statistical system. Nigeria has a long history of census takings spanning over a century, as the first census was conducted in 1866.

The 2023 national census will be the first to be conducted in the last 16 years and the National Population Commission (NPC) announced it has successfully completed the Enumeration Area Demarcation (EAD) in 772 Local Government Areas (LGAs) out of the 774 LGAs in Nigeria as well as the 1st and 2nd Census Pretest in the selected Enumeration Areas in the 36 States of the Federation and the Federal Capital Territory.

Chairman of the NPC Nasir Isa Kwarra, said the methodology for the next census has been designed to produce not only accurate, reliable and acceptable census but also inclusive and user-friendly census data. The NPC is also targeting to recruit about 1.5 million ad-hoc staff for the conduct of the exercise.

“I am confident that the Commission will deliver a credible and reliable census that will meet international standard and global acceptability,” said Kwarra.

Reacting to the issue of insecurity, Country Representative of the United Nations Population Fund (UNFPA) in Nigeria Ulla Mueller, said that insecurity in Nigeria should not be the basis for opposition to the conduct of the Population and Housing Census in 2023.

Mueller noted that if a census could be conducted in Afghanistan during the war, it can also be replicated in Nigeria, promising that the Fund would deploy various kinds of assistance to ensure the 2023 census has a credible outcome with quality and transformational data that can drive Nigeria’s attainment of the drive Nigeria’s Sustainable Development Goals (SDGs).

While Nigerians acknowledge the benefits of a population census, many query the amount involved which far exceeds the N305 billion budgeted by the Independent National Electoral Commission (INEC) for the conduct of the 2023 general election.

“I agree that knowing how many we are and the age distribution and structure of the population is desirable, spending such a colossal sum of money on an exercise that will always be disputed should not be a priority at this time,” a public servant Bukky Adebisi told this newspaper.

Former Senator for Kaduna Central Shehu Sani, has also urged the Federal Government not to borrow or print money to fund next year’s census budget.

“Nigeria’s census budget will cost over half a trillion Naira. This means each of the 36 state and Abuja will consume over N12 Billion. I hope we will not borrow or print money to do this,” he said.