by Olaotan Falade
in Politics, Top Story
Reading Time: 1 min read
A A
0 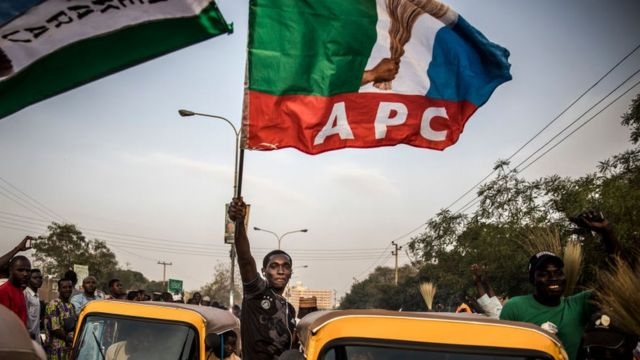 The ruling All Progressives Congress (APC) has rescheduled its congresses and national convention initially scheduled to commence this month (July).

TheNewsGuru.com, TNG reports that there were fears in the state chapters of the party over a possible postponement of the congresses and national convention.

Confirming the development, the National Chairman of the Caretaker/Extraordinary Convention Planning Committee and Executive Governor of Yobe State, Mai Mala Buni and National Secretary, John Udoedebe in a letter to the chairman of the Independent National Electoral Commission (INEC) said a new date will be communicated to the commission soon.

However, the party leaders did not state reasons for the postponement of the congresses and convention in their July 6 letter to the INEC Chairman, Prof. Mahmood Yakubu and obtained by TNG.

TNG reports that the initial timetable and schedule of activities by the party’s Director of Organization, Professor Al-Mustapha Ussiju Medaner showed that the congresses would commence with the sale of nomination forms for the ward congress from 1st to end by 7th July, but as of the close of work on Friday, no state has taken possession of the nomination forms for any of the congresses.

The timetable released by the party fixed inauguration of Ward/LGA Congress Screening/Screening Appeal Committees for 10th July 2021; Ward Congress is billed for 24th July, Local Government Congress is slated for 14th August 2021 and the State Congress will hold on the 18th September 2021.