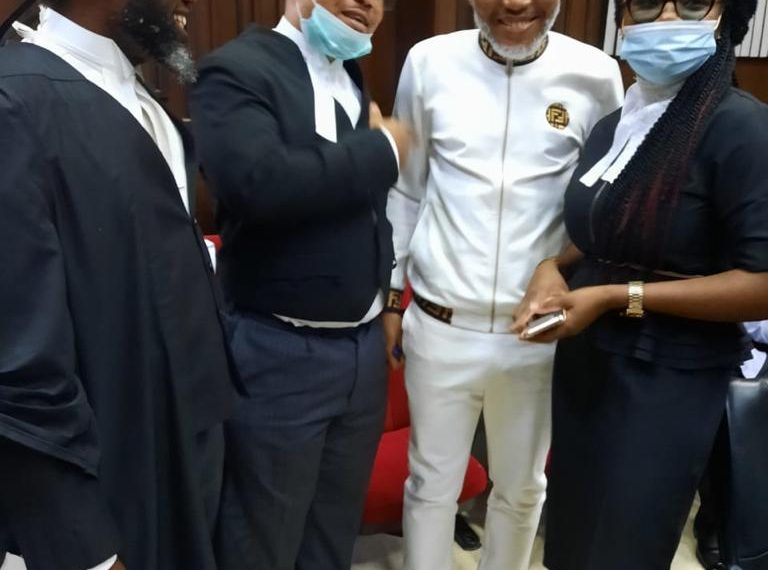 The embattled leader of the proscribed Indigenous People of Biafra (IPOB), Nnamdi Kanu, has pleaded not guilty to the seven amended charges preferred against him by the Federal Government.

TheNewsGuru.com, TNG reports that Kanu, who was re-arraigned at the Federal High Court in Abuja on Thursday, said he was innocent of all the allegations levelled against him.

When the charges were read to him, he pleaded not guilty.

In the course of the hearing, the court refused his application for transfer to Kuje Correctional Centre from the DSS facility where he has been held.

However, the trial judge, Justice Binta Nyako, allowed three persons of his choice to visit him at the DSS facility.

The judge then adjourned the case to November 10 to hear his application, challenging the competence of the charges.

The Federal Government recently amended the charges against him raising them to seven counts as against the five counts he was previously being tried for. The new charges border on treasonable felony and terrorism.

Journalists were denied entry into the courtroom where Kanu’s case was heard.

The operatives insisted their action was based on “order from above”.