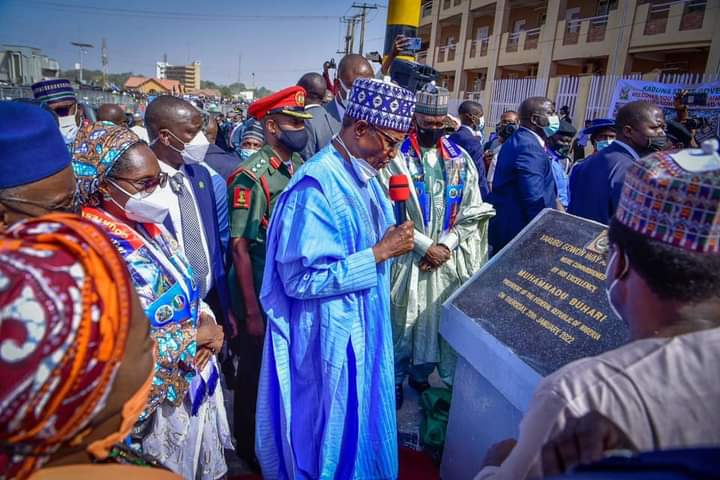 President Muhammadu Buhari has revealed he escaped death near Kawo bridge, while travelling to Katsina State in July 2014.

Buhari said: “There was an attempt to bomb me here…there was a market nearby…. [they] wanted to blow me but my escort somehow stopped them.

“I have lived in Kaduna for many years; I am very much aware of this route. I would not recall how much I crossed it”.

He recalled it was just under the same bridge commissioned by the President that the terrorists tried to kill him.

“It is my great honour and privilege, Mr President, to bring you to the Kawu Flyover.

“Mr President will recall this bridge very well because it was just under this bridge that Boko Haram tried to kill you.

“By the grace of God, you are still alive, you are with us and God preserved you so that you will lead us and inspire us to do some of what we are doing,” El-Rufai said at the event.

TNG reports Buhari reiterated that there is the likelihood of him making Kaduna his home after leaving office in 2023.

Buhari has, however, always used Kaduna as his home state before winning election in 2015.

This is the first official visit to the state to commission public projects since his election.

‘Too much damage has been done’, Okon warns Jonathan not to run in 2023

'Too much damage has been done', Okon warns Jonathan not to run in 2023