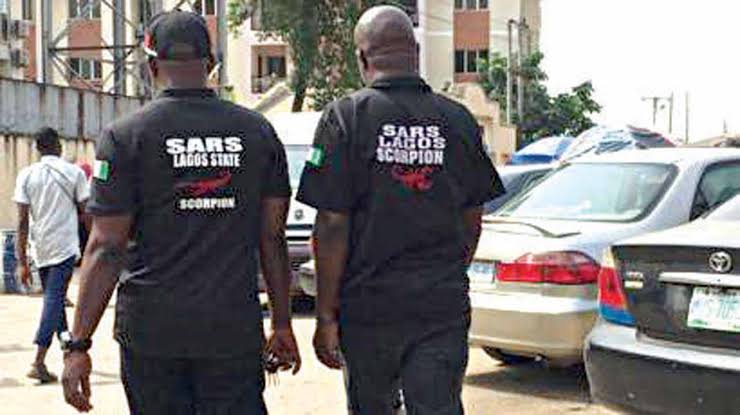 A former member of the Special Anti-Robbery Squad (SARS), Olushola Wazzi Popoola has been rejected asylum by the government of Canada.

TheNewsGuru.com (TNG) reports Canada rejected his asylum application on the grounds of rights violations in Nigeria.

The Immigration Division [ID] of the Immigration and Refugee Board of Canada reviewed documentary evidence against Popoola and found that the Nigerian Police Force, and the SARS in particular, have committed crimes against humanity from 2002 to 2015.

[1] Mr. Popoola is a citizen of Nigeria and a former member of the Nigerian Police Force. He was found to be inadmissible to Canada because there are reasonable grounds to believe that he engaged in crimes against humanity while serving as a police officer in Nigeria. He now seeks judicial review of his determination of inadmissibility. I am dismissing his application, because the decision-maker reasonably assessed the relevant factors for deciding whether Mr. Popoola made a knowing and significant contribution to the crimes committed by the Nigerian Police Force.

[2] Mr. Popoola completed his training and became a member of the Nigerian Police Force in 2002. From 2002 to 2005, he was a member of the Special Anti-Robbery Squad [SARS] in Abuja. He was then transferred to the anti-robbery unit (not to be confused with the SARS) in Lagos until 2009. From 2009 to 2011, he returned to the SARS, this time in Lagos.

[3] In 2011, following the death of his father, Mr. Popoola resigned from the Nigeria Police Force. According to his testimony, however, the Force never formally accepted his resignation and he had to continue reporting to work. From 2011, he was affected to Iju as an ordinary police officer. He was promoted to the rank of Sergeant in 2015 and he left the Force the same year.

[4] In 2016, he left Nigeria for the United States. He then came to Canada, where he claimed refugee status. His claim was suspended while his case was referred to the Immigration Division [ID] of the Immigration and Refugee Board for a determination of his inadmissibility.

[5] On October 15, 2019, the ID found Mr. Popoola inadmissible pursuant to section 35(1)(a) of the Immigration and Refugee Protection Act, SC 2001, c 27 [the Act]. The ID reviewed the documentary evidence and found that the Nigerian Police Force, and the SARS in particular, have committed crimes against humanity from 2002 to 2015. This is because mistreatment and torture of police detainees is endemic in Nigeria, for a number of reasons including corruption and impunity. Extrajudicial killings are frequent. The SARS, in particular, is singled out in the documentary evidence as one of the most brutal units of the Force.

[6] The main part of the ID’s decision is devoted to the issue of whether Mr. Popoola made a knowing and significant contribution to the SARS’s criminal activity. A finding that Mr. Popoola engaged in crimes against humanity does not require proof that he personally tortured detainees — which he denies. Rather, his contribution to the organization’s crimes must be assessed according to the test laid out by the Supreme Court of Canada in Ezokola v Canada (Citizenship and Immigration), 2013 SCC 40, [2013] 2 SCR 678 [Ezokola]. In this regard, the ID considered that Mr. Popoola voluntarily joined the Nigerian Police Force; that he spent five years with the SARS, a unit known for being especially brutal; that he admitted knowing about the prevalence of torture and mistreatment of detainees in the organization, although he tried to minimize its scope in his testimony; and that he resigned for personal reasons, not because he learned of human rights abuses. As to his contribution to the organization’s crimes, the ID concluded as follows:

Since Mr. Popoola reasonably knew that when he was a member of the SARS the suspects he handed over to the criminal investigation department would be subject to human rights violations, the tribunal finds this to be a significant contribution to the criminal purpose of the organization since he had the knowledge of what could befall the individual subject to investigation.

[7] This application for judicial review focuses on one question only: whether the ID properly applied the Ezokola test to Mr. Popoola’s situation. This Court reviews the ID’s decision on a standard of reasonableness. When performing such review, the Court does not reweigh the relevant factors; this is the ID’s role. To succeed, an applicant must show that the decision-maker made a significant error in the treatment of the evidence. It is not enough for an applicant to reiterate arguments rejected by the decision-maker.

[8] Mr. Popoola, however, is merely asking this Court to give more weight to factors favouring him and to prefer his testimony to the documentary evidence. Thus, he insists on the fact that he intended to leave the force in 2011, but that his resignation was never accepted and that, given Nigeria’s specific context, this meant that he has to continue reporting to work. He emphasizes his relatively low rank in the organization. He argues that he spent most of his time with the Force in units other than the SARS, and that his five years with the SARS is a relatively short time. Lastly, he asserts that his contribution to the organization’s crimes was not significant.

[9] These arguments were made before the ID. The ID rejected them and provided adequate justification. Before me, Mr. Popoola does not point to any serious mistake that would render the ID’s decision unreasonable. Moreover, according to section 33 of the Act, the ID was only required to find “reasonable grounds to believe” that Mr. Popoola contributed to crimes against humanity. In my view, the ID reasonably applied the Ezokola test to Mr. Popoola’s situation.

[10] Lastly, Mr. Popoola argues that the ID breached procedural fairness by rejecting his testimony without providing adequate reasons. Inadequacy of reasons, however, is now integrated to substantive review: Newfoundland and Labrador Nurses’ Union v Newfoundland and Labrador (Treasury Board), 2011 SCC 62 at paragraphs 21-22, [2011] 3 SCR 708. It is not considered a matter of procedural fairness. As I mentioned above, the ID’s reasons for preferring the documentary evidence to certain aspects of Mr. Popoola’s testimony were adequate. Mr. Popoola also invokes the decision of the Supreme Court of Canada in Université du Québec à Trois-Rivières v Larocque, [1993] 1 SCR 471. That case involved a situation where an arbitrator refused to hear relevant evidence. This is quite different from the present case, where the ID heard Mr. Popoola’s testimony, weighed it, and gave more weight to documentary evidence with respect to certain issues. This is not a breach of procedural fairness.

[11] For these reasons, Mr. Popoola’s application for judicial review will be dismissed.