Abe made the statement in Port Harcourt, the Rivers State capital where he charged government at all levels on the need to provide quality education especially in public schools.

He said the charge became necessary in order to improve on the standard of education and encourage academic excellence in the country.

“Any society that is serious about progress will understand that without educating the younger ones and preparing the next generation, we are just wasting our time.

“The sadness of our country today is that a lot of us do not seem to realise that no matter what investment we make, except we invest in education, we are only wasting other investment.

“That is why you have class-rooms without desks, you have teachers with unpaid salaries, you have schools without laboratories and you have students who graduate and can neither speak good English nor are they able to defend what they claimed to have studied, all because the people believe that education is free. Education is not free,” the senator said.

Senator Abe went further to say it is only investment in sound and quality education where individuals are exposed to modern training facility that can bring about a developed society.

TheNewsGuru reports the beneficiaries were drawn from the Nigerian Law School as well as final year students of the Kenule Saro-Wiwa Polytechnic and the Port Harcourt Polytechnic.

“I know that for some people this money may not mean much but for some this intervention may have come at the right time and it is for those people that we make this sacrifice,” Abe said.

Wenger Warns Alex Iwobi – Nketiah Is In Competition With You 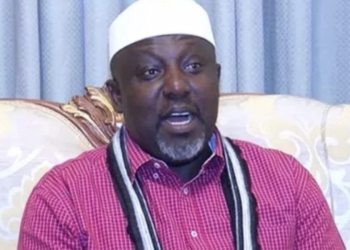