Emir of Qatar, Al Thani urges Nigerian President to reapply for visitation to Qatar in 2023 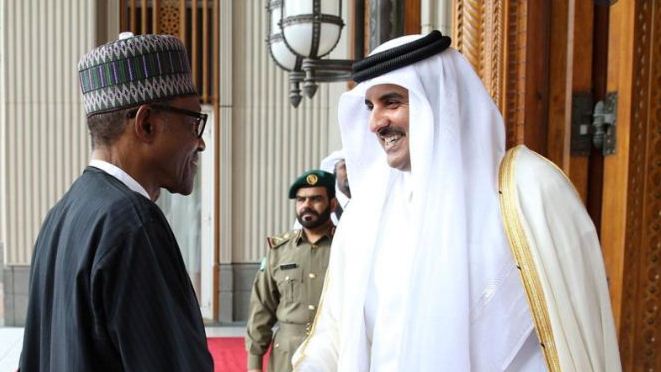 The Emir of the State of Qatar, Tamim bin Hamad Al Thani, has requested that the Nigerian president, Muhammadu Buhari, reapplies in 2023, following his planned visit to the country in September.

According to a message dated August 19, from the Embassy of Qatar in Abuja to the Ministry of Foreign Affairs, the dates of the proposed visitation “are not suitable”.

It, however, instructed the federal government to propose a new date for the visit, preferably “during the first quarter of the year 2023”.

TheNewsGuru.com reports that the rejection of the planned visit is due to the Middle East country’s preparation for the 2022 World Cup.

Qatar is billed to host the FIFA World Cup from November 21 to December 18 later this year.

Nigeria will not be present at the mundial, after being piped to the ticket by Ghana earlier in March.

The Emir is the monarch and head of state of the country. He is also the commander-in-chief of the Armed Forces and guarantor of the constitution.

Al Thani holds the most powerful position in the country and has a prominent role in foreign relations.

The Nigerian government had proposed September 11 and 12, 2022 for Buhari to visit the country but the Emir in a message said the dates are not suitable for him and asked for other dates in 2023.

According to the message from Qatar embassy on August 19, reads: “The Embassy of the State of Qatar in Abuja presents its compliments to the Ministry of Foreign Affairs of the Federal Republic of Nigeria (Regions Department) and with reference to the latte’s Note M 403/2022 dated 12/08/2022 informing that H.E Muhammadu Buhari, President of the Federal Republic of Nigeria has accepted to visit Qatar on 11-12 September 2022 on the invitation of H.H Sheikh Tamim Bin Hamad Al-Thani, Emir of the State of Qatar.”

“Has the honour to communicate that the proposed dates for the visit are not suitable and kindly request the Nigerian side to propose other dates for the visit during the first quarter of the year 2023. The Embassy of the State of Qatar avails itself of this opportunity to renew to the Ministry of Foreign Affairs of the Federal Republic of Nigeria (Regions Department) the assurance of its highest consideration.”

However, a presidential source blamed the State Chief of Protocol (SCOP), Amb. Lawal Kazaure and his team for the rejection.

“Actually, it was the Emir that invited President Buhari to come and visit him. Unfortunately, his team didn’t follow the usual diplomatic channel to accept and propose alternative dates.

“After over 3months without a word, the State House wrote directly to Qatar Embassy in Abuja to inform that President Buhari wants to visit from 11-12 September 2022. The Ministry of Foreign Affairs was not involved. Our Embassy in Doha, capital of Qatar was not also consulted.

“Unfortunately, the President was snubbed and asked to come next year. They know there will be a newly elected president by that time. It’s a way of telling him, he’s not welcome again. The initial plan was to proceed to New York for UNGA (United Nations General Assembly) from Doha.”

2023: What Tinubu’s visit to Jonathan means for Nigeria – APC