Home » Top Story » Investigation: How Dowen College asked Oromoni’s parents to take him away after torture

Investigation: How Dowen College asked Oromoni’s parents to take him away after torture

by Ediri Oyibo
in Education, Top Story
Reading Time: 4 mins read
A A
0 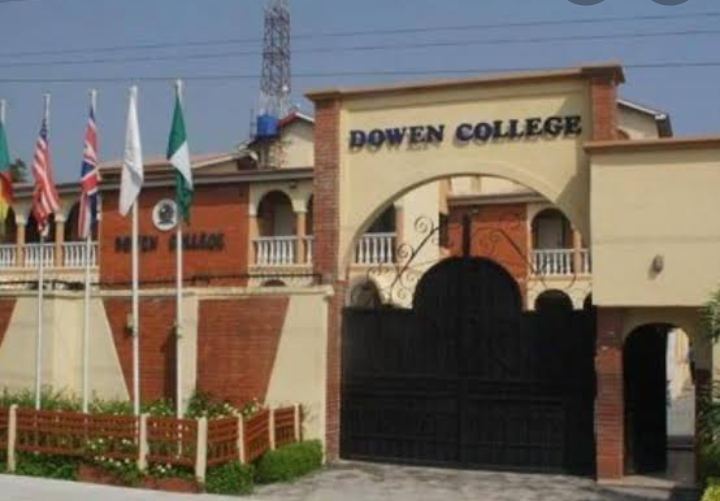 Preliminary investigations have revealed how Dowen College in Lekki, Lagos State asked the parents of late Sylvester Oromoni to take their child away for further care after he was beaten to a pulp and left for dead.

According to the preliminary investigations, Oromoni, who has been confirmed as a student of Dowen College, was granted treatment by the school’s medical personnel before the school requested that the parents take him away for further care.

TNG reports Oromoni was reportedly beaten to a pulp and left for dead by students of Dowen College suspected to be cultists. The supposed injuries from the beating led to his death, according to a Twitter user with the handle @perrisonoromoni, who claimed to be the boy’s cousin.

However, in a statement on Wednesday, the school denied all allegations, stating that Oromoni was neither bullied nor beaten but only complained of hip pain after playing football.

The child’s father, who bears the same name as the student, stated that contrary to what Dowen College had said in the statement, the family friend who they sent to pick up Oromoni Jnr. from the school described a totally different situation.

Speaking on the incident, the State Commissioner for Education, Mrs. Folasade Adefisayo, who made scanty details of the preliminary investigations known on Friday, in a statement, described the incident as very shocking.

In the statement, the Lagos State Government commiserated with the parents of Oromoni (Jnr), 12-year-old, with Adefisayo stating that the State was indeed sad about the loss of the promising youth.

She stated that a delegation of top-level management staff of relevant Ministries, Departments and Agencies and the Police, has visited the school on a fact-finding mission.

According to her, preliminary investigations revealed that the late Oromoni was indeed enrolled as a student of Dowen College in its boarding facility and had been treated by the school’s medical personnel before the school requested that the parents take him away for further care.

“The State Government is in touch with the parents at this difficult time. We reassure the family of the late Sylvester Oromoni and Lagosians at large that efforts are being made to unravel the circumstances leading to his demise, even as we reiterate the government’s commitment to Child Protection and Safety in the State”, the Commissioner said.

Earlier, father of the deceased Dowen College student, who bears the same name, had opened up on some of the atrocities his son went through in the school.

In an interview with The Cable, Oromoni Snr, who is the Chairman of Delta State Environment Task Force, said that his son was subjected to severe bullying, revealing that the boys who allegedly bullied Oromoni Jnr had been reported to the school management the previous term.

He said, “My son suffered. His birthday is next tomorrow (Dec 4). I’ll celebrate it. I’ll have a cake baked. I’ll cut it on his behalf. The boys they mentioned were also reported to the school last term when they bullied Junior and collected all his foodstuffs; clothes. I have two daughters, one of whom earlier graduated. I had to remove the second after this incident. They asked this boy to describe the sister’s privates and this got to us.”

The boy’s father also said that Oromoni Jnr had been issued death threats if he ever revealed what happens to him in school.

He also stated that contrary to what Dowen College had said in a statement addressing the sad incident, the family friend who they sent to pick up Oromoni Jnr from the school described a totally different situation.

“They put fear in him so much so that, when you ask him, he might keep to himself and say, ‘they will kill me’. This way, we didn’t know what to do. I considered removing him, reconsidered since his sisters were still in the school,” Oromoni Snr said

“The new incident came to my knowledge on November 21st after the school called my wife to notify us that our son was in the school clinic, injured. My senior son, who was to make a London trip, came to see us in Warri.

“The next day, we sent a family friend to help pick up our son since he was the only person in Lagos and take him to the hospital. When he got there, he panicked, pointing out that he doubts it’s a football injury as the school claimed. He said the boy couldn’t stand because his waist was bent and swollen along with one side of his belly. His mouth was black. I asked, ‘is this really a football injury?’ He was taken to my house in Lagos but couldn’t sleep at night.

“I asked my eldest to fly to Lagos on November 24 while I took a trip to Asaba, from where I’d also make for Lagos. On getting there, he screamed. ‘This is beyond football injury. Come to Lagos now,’ he told me over the phone.”

In the meantime, Dowen College, in an email sent to parents early Friday morning, noted that students should not come to school on Friday, 3rd December and Monday, 6th December because of the incident.

Also, the Lagos State Government has ordered the indefinite closure of Dowen College pending the full outcome of the investigation.

Adefisayo announced the closure after a meeting with the School’s Management and Staff on Friday.

Mrs. Adefisayo, however, called for calm among the stakeholders, stressing that no effort will be spared in getting to the root of the incident. 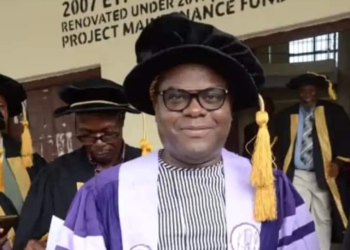