Secrets of the richest man who has ever lived

by Bartholomew Madukwe
in News, Top Story
Reading Time: 3 mins read
A A
1 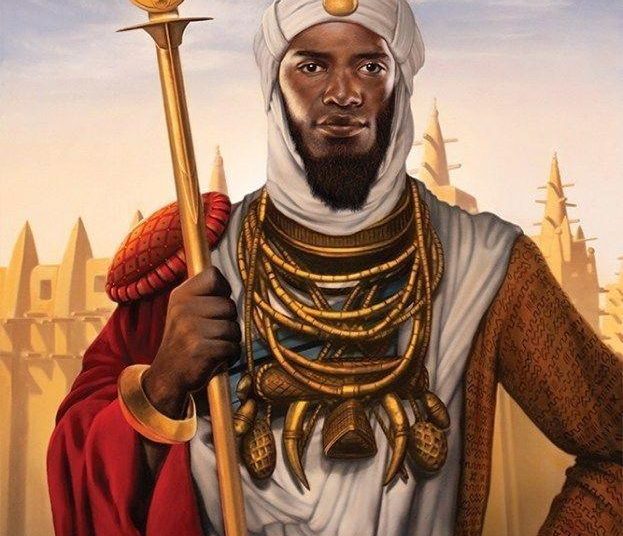 With an estimated net worth of $400 billion during the 14th century, African King Mansa Musa of the Kingdom of Mali, may have been the richest man who has ever lived.

Musa was not just a rich man and sultan, he was a famous Hajj pilgrimage.

He came to throne in 1312 and expanded the Kingdom of Mali massively in his 25-year reign.

This expansion include the current day nations of Senegal, Mali, Burkina Faso, Niger, Guinea and the Ivory Coast.

During that time, he extended the reach of his trade ports significantly and became one of the most powerful rulers of his day.

It is believed that tales of his enormous convoy and generosity continued to be passed on long after his death.
Musa’s pilgrimage, generosity and reputation awakened the world to the immense wealth of Africa, and in particular, Mali.

The pilgrimage to Mecca is one of the five main pillars of Islam, and Musa decided to embark on Hajj in 1324-1325.

It was not like any other journey ever witnessed, Musa quite literally paved his path to Mecca with gold and put his kingdom on the map. He was famous for his generosity and piety.

Musa built a mosque every Friday during his journey and gave away so much gold that it destabilised the economy in parts of the region for twelve years – as well as deflating the value of gold.

How Musa acquired such unimaginable wealth?

One of the greatest caravans to ever cross the Sahara was led by Musa, the legendary ruler of the vast West African empire of Mali.

In 1324 Musa embarked on a hajj, a religious pilgrimage to Mecca, travelling with an entourage that included 8,000 courtiers, 12,000 servants and 100 camel loads of pure gold.

Musa was born in 1280, and Mansa means ‘Sultan’ in the native language of Mandinka spoken in the region.

How was Mansa Musa so rich?
As the king of the Mali Empire in West Africa, Musa first came to power in 1312. At that point, the kingdom was already prosperous. But under the rule of Musa, Mali became even more wealthy.

Taking advantage of the region’s natural resources – like gold and salt, Musa expanded his empire throughout several territories and made a big impression along the way.

Mansa Musa’s net worth
Some historians believe that with an inflation-adjusted fortune, his wealth amounts to around $400 billion today.

The richest and largest empire in West Africa:

‘The Mali Empire was one of the largest empires in West Africa. The spread of its language, laws and customs have played an important role in determining the culture of West Africa today.

One of the Mali Empire’s most famous rulers (Musa) was celebrated for his piety and fair judgement.
His wealth vastly surpassed any living person today, and in the middle ages.

Lasting contributions of Mansa Musa’s wealth:
So what did Musa do with all the money, aside from giving away gold to random people on the street and using it to buy souvenirs?

Musa used most of it to build a great number of the most famous of which is the Djinguereber Mosque.

He also commissioned several universities throughout the kingdom. Many of these historic buildings both the schools and the mosques are still standing today.

When Musa was alive, his investment in Islamic education in Mali drew scores of Muslim scholars, poets, and artisans to his empire. They congregated in Timbuktu, which quickly became known as one of the most prominent cities in the Islamic world.