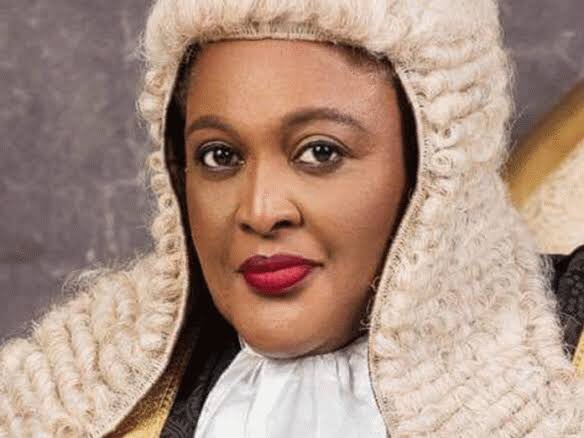 Some senior lawyers from the South East region have condemned the raid on a justice of the Supreme Court, Justice Mary Odili, by some security operatives.

In a statement on Saturday, the legal practitioners described the attack, said to have been carried out on Friday, as an attempt to intimidate the judiciary.

“Concerned Senior Advocates of Nigeria of South-eastern Extraction condemn in strong terms the unlawful raid on October 29, 2021, of the residence of Hon Justice Mary Peter Odili, the second most senior Justice of the Supreme Court of Nigeria,” they said in the communique signed by three of the senior advocates, Professor Ilochi Okafor, Mr Etigwe Uwa, and Mr Chijioke Okoli.

NJC seeks appointment of 84 judges, others ahead of election matters

”The raid said to have been orchestrated by some security agencies, is yet another frontal attack on the independence and integrity of the Judiciary. We are worried that this event is part of a series of events aimed at systematically intimidating and emasculating the Judiciary.

“We recall similar raids by the EFCC, the DSS and other security operatives on the premises of Justices of the Supreme Court in 2016, and residence of some Judges of the Federal High Court, in Abuja. Despite these security agencies publicly stating the raids were on mistaken identity of the premises, no one has been arrested and prosecuted for such brash criminal attack on the judiciary.”

The senior advocates stated that one of such raids took place in a courtroom at the Federal High Court while a judge was sitting.

According to them, consistent attacks on the judiciary are clearly in breach of the constitutional protection of judges and the judiciary.

“In particular, Section 158 and Paragraph 21 Part 1 of the Third Schedule of the Constitution of the Federal Republic of Nigeria 1999 clearly empower the National Judicial Council with the responsibility to handle all complaints and matters relating to judicial officers.

“This position of the law has been confirmed in the case of NGANJIWA V FEDERAL REPUBLIC OF NIGERIA (2018) 4 NWLR (Pt. 1609) 301 where the Court of Appeal stated that ‘If any judicial officer commits professional misconduct within the scope of his duty and is investigated, arrested and subsequently prosecuted by security agents, without a formal complaint/report to the NJC, it will be a usurpation of the latter’s constitutionally guaranteed powers under Section 158 and Paragraph 21 Part 1 of the Third Schedule, thereby inhibiting the NJC from carrying out its disciplinary control over erring judicial officers as clearly provided by the Constitution. … it is only when the NJC has given a verdict and handed over such judicial officer (removing his toga of judicial powers) to the prosecuting authority that he may be investigated and prosecuted by the appropriate security agencies’; we re-emphasis that it amounts to an executive infraction on the judicial independence to continue to harass, intimidate and humiliate judges.”

In view of the doctrine of the independence of the judiciary, the senior lawyers stressed that no security agency or prosecuting authority has the power to investigate, arrest, or prosecute a sitting judicial officer without first referring the matter to the NJC, and await the directive of the Council.

They, therefore, called on President Muhammadu Buhari to direct investigation of all security agents and others who played any role in the raid and ensure those found culpable were made to face the full wrath of the law.