Insecurity: Only 15 killed so far, more have died in APC states; Anambra rejects FG’s move to declare state of emergency 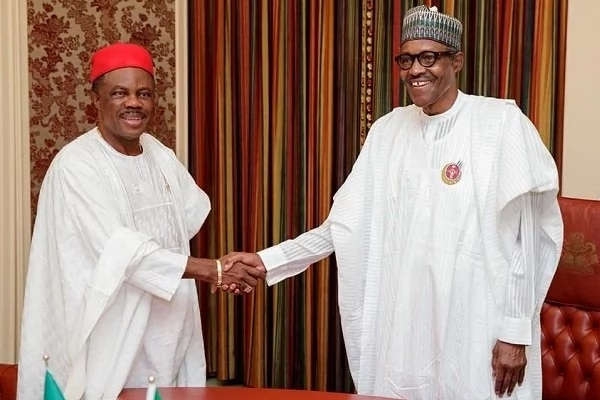 The Anambra State Government and a Senior Advocate of Nigeria (SAN), Femi Falana, have faulted the planned move by the Federal Government to impose a state of emergency in the south-eastern state.

TheNewsGuru.com, TNG reports that as part of measures to tackle the worsening insecurity in Anambra especially as the state holds a governorship election on November 6, the Federal Government had hinted at the possibility of invoking the emergency rule to tighten security.

The Minister of Justice and Attorney General of the Federation, Abubakar Malami, announced this on Wednesday after the Federal Executive Council meeting chaired by President Muhammadu Buhari.

But the Anambra Government, through its Commissioner for Information, Don Adinuba has condemned the move, alleging that insecurity in the state is politically motivated.

“Since the renewed violence in Anambra State which we believe is politically motivated, not more than 15 persons have been killed. How many persons have died in Borno, Niger, Kaduna, Yobe, Zamfara, even Imo, which is APC-controlled; Ebonyi, which is APC-controlled?” he asked during an interview on a monitored Channels Television programme on Wednesday shortly after the minister’s announcement.

The commissioner said the state has witnessed about 15 killings in the past few weeks, unlike some north-western and north-eastern states that are worst hit by banditry and terrorism.

Making reference to Borno, Niger, Kaduna, Yobe, and Zamfara which are controlled by the ruling All Progressives Congress (APC), the commissioner slammed the Minister of Justice for mulling a state of emergency in Anambra.

“Has anybody threatened emergency rule in any of these states? For the past seven years, Anambra has remained the safest, [and] most stable in Nigeria.

“We remain the only state in the whole country that, for the past seven years, has not experienced one single bank robbery; what is going on is politically motivated and the declaration by the honourable Attorney-General of the Federation is a confirmation,” the commissioner insisted.

“Nigerians are outraged by the threat by the Attorney-General of the Federation and Minister of Justice, Abubakar Malami, SAN.”

According to him, Muhammadu Buhari’s administration “has just realised that the deployment of troops without the declaration of emergency rule in many states of the Federation is illegal and unconstitutional”.

He recalled that since 2015, President Buhari has imposed emergency rules in Borno, Yobe, Adamawa, Zamfara, Kaduna and the Katsina States by deploying members of the armed forces to assist the police in the restoration of law and order.

According to the senior lawyer, the President has adopted such extraordinary measures without seeking the approval of both chambers of the National Assembly.

“In other words, since the emergency rule imposed on the North East region by President Goodluck Jonathan expired by effluxion of time, President Buhari has not renewed or extended it,” he said via a statement on Wednesday.

“The National Assembly has not challenged the illegal emergency rule imposed without any declaration as stipulated by section 305 of the Constitution.

“Hence, the threat issued by the Attorney-General of the Federation is an attempt to return to constitutionalism with respect to the imposition of emergency rule in Anambra State and other states in the North-West, North-East and South-East regions where the Federal Government is waging a full-scale war against terrorists and the so-called gunmen.”

Falana insisted that nowhere in the Constitution has the President been vested with the power to remove the elected governor of a state and suspend democratic structures.

He explained that the governor of a state can only be removed by impeachment or resignation and not by imposition of emergency rule, adding that the tenure of legislators is four years in line with the provisions of the Constitution.

“Hence ex- Presidents Umaru Yar’adua and Goodluck Jonathan never used emergency rule to remove elected governors or suspend legislative houses and local government councils. Indeed, the Federal Government has since realised that it is unjust and immoral to remove a governor of a state since the president exclusively controls the armed forces, the police and other security agencies.

“To that extent, the Federal Government should drop the dangerous plan to remove the Governor of Anambra State and impose a Sole Administrator on the eve of the forthcoming gubernatorial election in the State.”

Mosquirix: WHO approves World’s first vaccine for prevention of Malaria

Mosquirix: WHO approves World’s first vaccine for prevention of Malaria