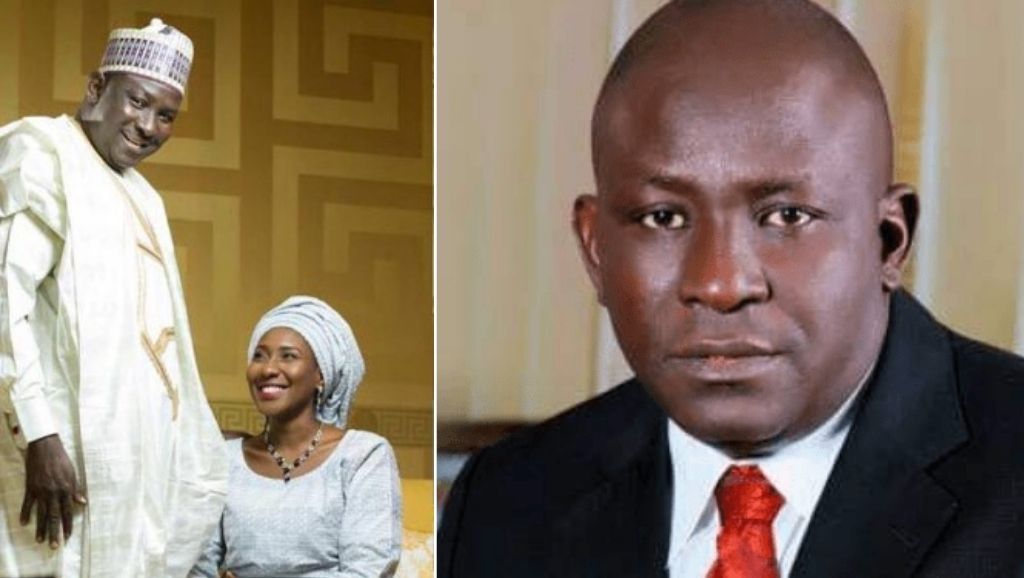 49
SHARES
1.2k
VIEWS
Share on WhatsAppShare on FacebookShare on TwitterShare on LinkedInShare on TelegramSend as Email

The presidency on Friday revealed that Kumo’s wedding to Buhari’s daughter is long broken. This is coming after Kumo was declared wanted on Thursday by the Independent Corrupt Practices and Other Related Offences Commission (ICPC) in connection with a $65 million fraud.

A statement from the Presidency that Kumo is no longer a son-in-law to President Muhammadu Buhari.

Fatima, second daughter of Buhari’s first wife, Safinatu got married to Kumo at a well attended ceremony in Daura in October 2016.

President Buhari did not attend the event, as he was then away in the UK for medical attention.

The wedding done in accordance with Islamic rites was attended by top federal and state government officials.

“I am really surprised about the turn out because it was a short notice to everyone, so seeing so many people, I am very happy,” said Fatima in an interview with the News Agency of Nigeria, at the ceremony.

The troubled marriage was kept off the radar, until Friday night, when the Presidency publicly dissociated President Buhari from Gimba Yau Kumo, Fatima’s supposed husband.

Kumo was declared wanted on Thursday by the Independent Corrupt Practices and Other Related Offences Commission (ICPC) in connection with a $65 million fraud.

Aso Rock was not happy with headlines describing Kumo as a son-in-law of Buhari.

A statement by Presidential spokesman, Garba Shehu, declared Kumo a persona non-grata of sort, who “allegedly have been married to one of his daughters, Fatima, since 2016”.

Shehu described the attempt to link the alleged fraudster as “an attempt to generate views and sell copies of sensational reporting”.

According to the statement, the said marriage ended sometime back, without indicating the exact date it collapsed.

The Presidency said the move by the ICPC only supports the authenticity of the administration’s fight against corruption, not minding who is involved.

“This should normally be an affirmation that our anti-corruption agencies/institutions are truly independent and allowed unfettered freedom by the President. Which in fact is the case.

“That a state institution can issue such is a measure of the administration’s commitment to accountability, equality and justice.

“To set the records straight, the person declared wanted by the ICPC is not an in-law to President Buhari.