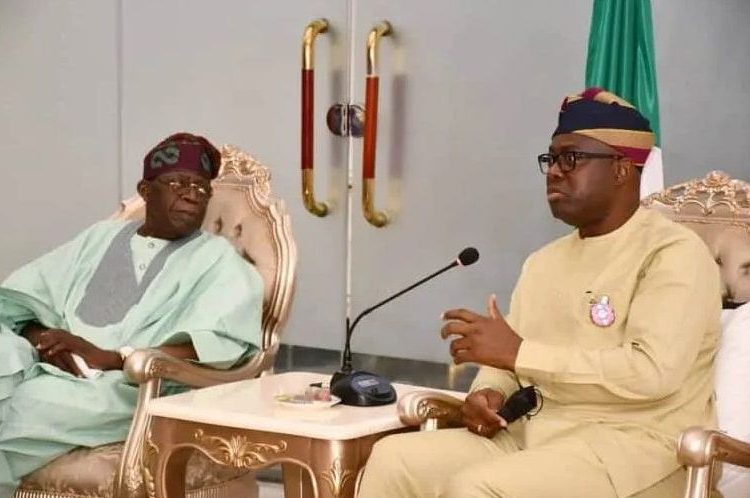 Makinde announced this today in Akure, Ondo State capital when Tinubu visited the state to meet with the Afenifere leader, Pa Reuben Fasoranti.

Represented by his Deputy, Bayo Lawal, the Peoples Democratic Party (PDP) chieftain said although they belong to different political parties, he is in support of the decision of the Afenifere and Yoruba races.

“Since he became Governor of Oyo State, he never played down the interest of Yoruba land. There was no time Baba called him that he didn’t respond. There was no event he is invited to, whether by Afenifere or any group in Yoruba land where Engineer Makinde doesn’t play a part.

“Now, we are different by a political party but we are one by the tribe. For this reason, what he asked me to assure you is that in Yoruba land, whatever you have agreed to do, he is in support,” said Lawal while delivering Governor Makinde’s message at the gathering of political and Yoruba stakeholders.

Tinubu, a former Governor of Lagos State, emerged as the winner of the party’s presidential primary with over 1,271 votes to defeat his closest rivals, ex-minister Rotimi Amaechi and Vice President Yemi Osinbajo.