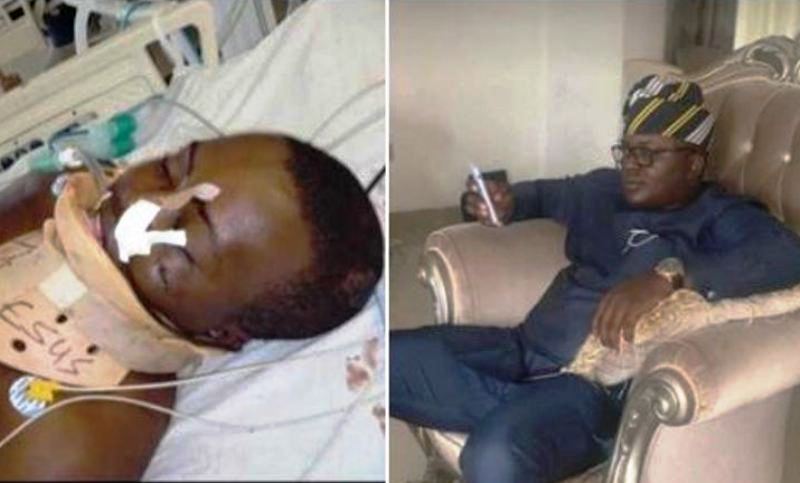 162
SHARES
4.1k
VIEWS
Share on WhatsAppShare on FacebookShare on TwitterShare on LinkedInShare on TelegramSend as Email

Family and friends of Anthony Onome Unuode, the young man, who was stabbed to death during the #EndSARS protest in Abuja, were thrown into mourning on Thursday as they gather to lay the deceased to rest.

TheNewsGuru.com (TNG) reports a service of songs was held for late Onome at Christ the King Catholic parish Kubwa on Thursday evening, preceding lying in state and a burial service slated for Friday.

According to the burial arrangement put together by the family, Onome would be interred at the Christian session of the Gudu cemetery in Abuja after a 10 am mass on Friday.

The family and friends who gathered to pay their last respect regretted the painful exit of the 28-year-old, asking the government to make sure Onome is served justice even in his death.

TNG reports Onome was stabbed multiple times by thugs during the #EndSARS protest in Kubwa, a suburb of Abuja. He died after a battle to stay alive.

Several videos on social media show him struggling to walk after he was stabbed, while he held on to his shirt.

GREAT HERO!
Anthony Onome before his demise, he was stabbed multiple times during the Kubwa protest last Tuesday in Abuja and his sister confirmed he didn't make it.