Some unidentified boys suspected to be internet fraudsters, otherwise known as ‘Yahoo Yahoo boys’ on Sunday caused commotion, allowing a rain of naira to fall in Benin, Edo State.

The incident was captured in a 1.37 minutes video that went viral on the social media. The video was shot on Sunday, February 7, at Evboutubu, a suburb community in Benin.

One of the boys who wore dreadlocks hair style, reminded one of Lawrence Anini, the notorious armed robber that terrorized the old Bendel State during General Ibrahim Babangida’s regime, who threw mints stolen from banks in public and market places, as cover to evade arrest by police operatives.

The boys who drove to the spot in two vehicles, a white Toyota Venza SUV and another white Lexus Saloon car, with registration number Abuja GWA 300 BL, stopped right in the middle of the unpaved road, throwing wads after wads of naira notes into the air.

The commotion that ensued caused a minor traffic, as passers-by rushed into the road to harvest from the naira rain. 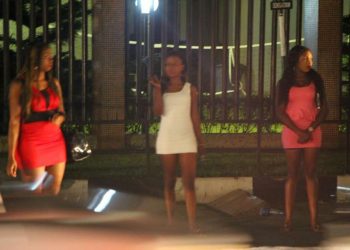