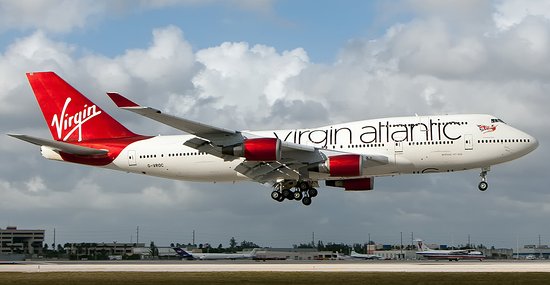 Virgin Atlantic Airway has filed for bankruptcy, as the aviation industry continues to be ravaged by the coronavirus pandemic.

The Virgin Group airline filed for Chapter 15 bankruptcy in New York on Tuesday, marking the latest business casualty for the airline industry.

It is the second of billionaire Richard Branson’s aviation business to file for bankruptcy, months after Virgin Australia took a similar step.

Airlines have been one of the hardest hit by the global health crisis as borders were shut, flights were banned and passenger traffic shrank.

The London-based Virgin Atlantic, is owned 49% by Delta Air Lines.

According to Business Insider, Chapter 15 is a form of bankruptcy designed for cases involving multiple countries, providing a mechanism for foreign-based companies undergoing bankruptcy proceedings in their own country to access the US court system.

It effectively protects Virgin’s US assets from creditors as a UK court oversees claims.

Virgin Atlantic announced a £1.2billion ($1.57 billion) private rescue package in July but had not finalized the agreement.

The airline had also appealed unsuccessfully for a bailout from the British government.

Richard Branson, the Virgin Group founder offered his private island as collateral for a bailout or loan.

The airline said during a court hearing in London on Tuesday that it would effectively run out of cash in September, Bloomberg reported .

Tuesday’s US filing appeared to be linked to the London hearing, at which a judge gave the go-ahead for a meeting allowing creditors to vote on the restructuring plan.

Virgin has not entered administration, a form of bankruptcy in the UK, Business Insider reported.

Delta CEO Ed Bastian has said that Delta would not offer a cash injection to save Virgin from a bankruptcy restructuring.