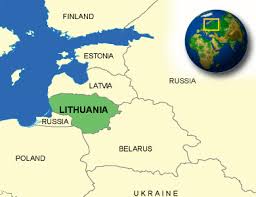 The European country of Lithuania has reacted to  Russia’s threat by saying that its Army is ready if they face any form of retaliation.

Recall that Russia had threatened Lithuania over its ban of the transit of certain goods subject to European Union sanctions across its territory and into the Russian enclave of Kaliningrad.

However in a swift reaction, the Lithuanian president, Gitanas Nauseda told Reuters that the country is ever ready for Russia.

Gitanas Nauseda said “We are ready and we are prepared for some kind of unfriendly actions from the side of Russia, disconnection from the BRELL system or other actions,”

The BRELL system is a power grid shared between Russia, Belarus and the Baltic states.

The Lithuanian President, however, said he does not believe President Vladimir Putin will send troops to attack Lithuania because his country is a NATO member.

Nauseda maintained that the decision to block the passage of some goods was in the right direction, insisting that they are implementing what was decided on a European Union level.

“We just implement the sanctions, which were imposed on the European Union level, and this has nothing to do with the bilateral relations between Russia and Lithuania,” Nauseda said.

He said that his country would go ahead to implement other European sanctions against Russia, calling on the European Commission to explain these sanctions to Russia to douse the growing tension.

Russia, through its spokesperson Dmitry Peskov, had vowed to retaliate against what it described as a “hostile” decision by Lithuania.

Meanwhile the United States said Tuesday it stood firmly behind Lithuania and NATO commitments to defend it after Russia warned its neighbour over restrictions on rail transit.

Lithuania, a former Soviet republic both in NATO and the European Union, has been among the most outspoken nations in opposing Russia’s invasion of Ukraine.

EPL: Now I get homesick in Spain - De Gea