Home » Lover » Merkel sworn in for fourth term by Bundestag

Merkel sworn in for fourth term by Bundestag

Angela Merkel was on Wednesday sworn in as German chancellor before the lower house of parliament, the Bundestag, in Berlin.

Ending with the phrase “So help me God,” Merkel took her oath of office in front of parliamentary speaker and former finance minister Wolfgang Schaeuble.

Merkel had earlier been elected to her fourth term as chancellor by the Bundestag.

Aide reacts to Gov Akeredolu being hospitalised in Germany

Merkel garnered 364 of the 688 votes delivered in the secret ballot on Thursday and was therefore elected as expected in the first round of voting.

At least 355 votes were required in the 709-seat chamber.

There were 315 votes against her re-election and nine abstentions.

For the first time, Merkel’s husband Joachim Sauer was present for the vote, as was her mother, Herlind Kasner.

German President Frank-Walter Steinmeier had earlier proposed Merkel – who heads the largest party in the chamber, the Christian Democratic Union (CDU) – as chancellor to the lawmakers in accordance with the constitution.

Merkel had struggled to form a new government since inconclusive election results in September. At first, the centre-left Social Democrats (SPD) refused to join her conservative bloc in government, and then talks with the liberals and Greens collapsed.

A volte-face by former SPD leader Martin Schulz led to a hard-fought 177-page coalition agreement in February. Two-thirds of SPD members finally approved the agreement just under two weeks ago, paving the way for a new grand coalition government under Merkel’s leadership.

The three parties in the grand coalition – the SPD, the CDU and its allied Christian Social Union (CSU) – have governed Germany since 2013.

“A great amount of work lies before us,” Merkel said at a press conference on Monday in Berlin ahead of the formal signing ceremony for the new deal.

“I am optimistic that it will be a success.”

It is expected that this will be Merkel’s last term in office. 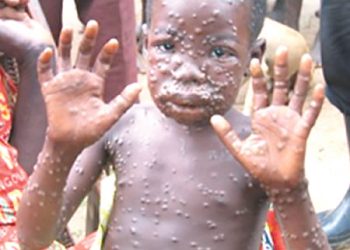 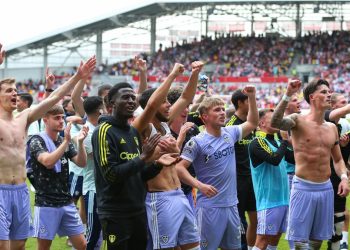 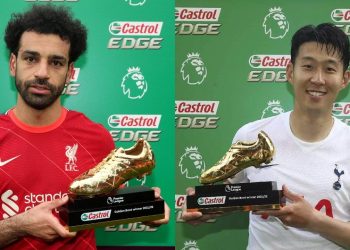 JUST IN: Inflation drops to 14.33 per cent in February – NBS