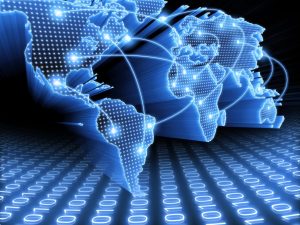 Norway’s foreign ministry, army and other institutions were targeted in a recent cyber-attack by a group suspected to have ties with Russian authorities, Norwegian intelligence, which was among the targets, said Friday.

Known as APT 29, the group singled out by Oslo has already been accused of hacking interference in the US election last year.

“Nine different email accounts were targeted in an attempt at what is called spear phishing, in other words malicious emails,” Arne Christian Haugstoyl, an official with Norway’s intelligence service PST, said.

“It’s difficult to know what the goal” of the operation was, he said, adding that Norway was alerted to the attack by an allied country.

He described APT 29 as a group “with links to the Russian authorities”.

PST spokesman Martin Bernsen, quoted by daily Verdens Gang (VG), said there was “no reason to believe that classified information had been obtained in connection with the attack.”

In addition to the foreign ministry, the army and PST itself, the attack – the date of which was not disclosed – also targeted the Norwegian radiation protection agency, a school and the parliamentary group of the Labour party, the traditionally dominant political party in Norway but which is currently in opposition.

Legislative elections are scheduled for September 11, though no link has been made to the vote.

Norway, a NATO member, and its neighbour Russia normally enjoy good relations but ties have grown more tense in the wake of the Ukraine crisis.

The Scandinavian country on Wednesday summoned the Russian ambassador to lodge a protest after Moscow refused visas to two senior lawmakers in a move Oslo denounced as “unjustifiable”.

Russia said the visa refusal was a reaction to Norway’s participation in EU economic sanctions against it over the Ukraine crisis.

Moscow was also angered by the recent deployment of some 300 US soldiers on Norwegian soil.