Vice President Mike Pence on Tuesday said that the controversial decision to move the U.S. embassy from Tel Aviv to Jerusalem is a “tangible” sign of Washington’s commitment to Israel.

Pence on the second and final day of his visit to Israel, made this known at a meeting with President Reuven Rivlin in Jerusalem.

He said:“President Donald Trump has directed our State Department, working with Ambassador [David] Friedman to complete the transition of moving our embassy here to Jerusalem by the end of 2019.

“We  look forward to that as a tangible sign of our enduring commitment and alliance to the state of Israel and to the people of this great nation.”

Palestinian businesses closed on Tuesday in protest of Pence’s scheduled to visit the Western Wall, a Jewish holy site in East Jerusalem, and the Yad Vashem Holocaust memorial.

No Israeli officials will accompany Pence to the Western Wall, which is located in territory annexed by Israel and claimed by Palestinians for their future state.

A united front of all Palestinian factions called for the strike in the West Bank and East Jerusalem in response to Pence’s visit and Washington’s move to recognise Jerusalem as Israel’s capital.

Palestinian schools were also closed in the West Bank and East Jerusalem, however, businesses in the Hamas-controlled Gaza Strip remained open.

Trump’s Dec. 6 Jerusalem declaration, which included a promise to move the U.S. embassy, upended decades of U.S. policy towards the divided holy city.

Palestinians saw the move as endorsing Israeli control of East Jerusalem, which they claim as the capital of a future Palestinian state.

In the 1967 Arab-Israeli War, Israel occupied the eastern half of Jerusalem, now home to over 300,000 Palestinians, and later annexed the territory in a move that was not internationally recognised.

In a speech before the Israeli parliament on Monday, Pence expedited Trump’s promise to move the U.S. embassy from Tel Aviv to Jerusalem, saying it would happen by the end of 2019.

His speech, full of biblical imagery and met with rousing applause from most Israeli lawmakers,  was slammed by top Palestinian negotiator Saeb Erekat as “messianic.” 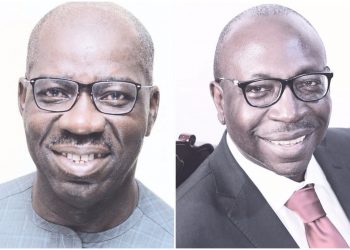