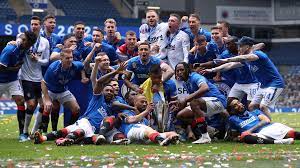 Rangers were beaten 3-1 at the Ibrox stadium on Tuesday night, having previously lost all five games in the group.

The team could only manage two goals all through the competition one against Liverpool and the other in the match versus Ajax on Tuesday.

They recorded the worst group stage performance by any club since the Champions League was rebranded in 1992.

This record was held by Croatian side, Dinamo Zagreb, having finished bottom of their group with no points and a -19 goal difference in 2011/12.

Viktoria Plzen also equalled Dinamo Zagreb’s record on Tuesday evening as they finished bottom of Group C with a goal difference of -19.