Fort Lauderdale police confiscated 10 guns on Sunday from the home of President Donald Trump’s former reelection campaign manager, after his wife told them he was suicidal.

She told police that he had hit her, and racked a handgun during an argument.

Brad Parscale, 44, was involuntarily hospitalised under Florida’s Baker Act by officers and taken to Broward Health Medical Center on Sunday after isolating himself in the 2.4-million-dollars home he shares in Fort Lauderdale’s Seven Isles with his wife, Candice.

In reports, audio, and body camera footage released on Monday, police documented a tense scene in which Parscale – after possibly firing a shot inside his house – initially refused to leave his home and was ultimately tackled by officers on the street when he emerged shirtless with a beer in his hand.

“Listen, I’m not trying to kill myself. She’s lying,” the 6-foot-8-inch Parscale told an officer, who approached him in his driveway before he was driven to the ground and handcuffed.

Police have not charged Parscale with any crimes, but were preparing a petition on Monday under Florida’s “red flag” law to request that his guns be taken away, according to a spokeswoman.

Officers said they were called to the Parscale home around 3:36 pm on Sunday by a realtor, who had encountered a shaken Candice while preparing to show a house nearby.

The two women called 911 from the realtor’s car parked down the street, and remained there when police arrived.

“I was standing in the backyard. He’s under a lot of stress right now.

“He’s just pissed at the world so he like walked out, cocked the handgun and was just ranting and raving about something. I don’t know what,” Candice Parscale told an emergency dispatcher.

Parscale’s wife said she walked to the front yard to get away from him and saw him looking out the front window through blinds, wearing a white bathrobe.

“I saw him look out the window. Then I heard a loud, ‘boom,’” she told officers, who found her down the street in her bathing suit with a towel wrapped around her waist.

Officers also wrote in their reports that Parscale’s wife told them he had post-traumatic stress disorder and had become violent in recent weeks.

Candice Parscale, 41, showed them bruises on her arms from an argument “a few days” prior, they said.

“While speaking with Candace Parscale I noticed several large sized contusions on both of her arms, her cheek and forehead,” wrote Detective Steven Smith, slightly misspelling Candice Parscale’s first name.

“When I asked how she received the bruising, Candace Parscale stated Brad Parscale hits her,”

Parscale’s wife told them her husband had not hit her Sunday, but had smacked her phone out of her hand when she tried to call his father, according to the police reports.

She said he’d talked about shooting himself in recent weeks.

She said she heard a gunshot from inside the house after “fleeing,” but later said it might have been a car backfiring.

“Candace stated that they realized that Bradley did not shoot himself when they heard Bradley ranting and pacing around the residence and the dog barking frantically,” stated a report filed by Timothy Skaggs, one of the initial responding officers, who also misspelled her first name.

“However, they were concerned that Bradley might still try to shoot himself, due to him being in possession of several firearms and refusing to vacate the residence.”

Skaggs can be heard on body camera footage talking to Parscale over the phone, trying to coax him out of the house.

One officer wrote that he sounded drunk and would not leave the house. Another reported that he smelled like alcohol.

Eventually, a member of the department who considers Parscale to be a friend came to the home, spoke to him by phone and convinced him to come outside and talk.

Once Parscale got to the edge of his driveway, police ordered him to get on the ground and then two officers tackled him.

After Parscale was handcuffed face down, he was helped to his feet.

Attempts to reach the Parscales by phone Sunday and Monday were unsuccessful. The person who initially called police, Terry Behal, would not share details about the incident with a reporter.

Parscale led Trump’s reelection campaign until he was fired by the president as campaign manager in mid July.

He continued working for the campaign as digital director remotely from Florida.

His demotion came at a tumultuous time for the campaign and amid a series of incidents that allies of the president blamed on Parscale, most notably a public assertion that one million people had requested tickets for a Tulsa, Oklahoma, speech that ultimately Trump delivered before a partly empty arena.

Tim Murtaugh, a spokesman for the Trump campaign, wished Parscale well Sunday and blamed Democrats and Republicans-in-name-only, or RINOs, for the incident.

“Brad Parscale is a member of our family and we all love him.

“We are ready to support him and his family in any way possible.

“The disgusting, personal attacks from Democrats and disgruntled RINOs have gone too far, and they should be ashamed of themselves for what they’ve done to this man and his family,” Murtaugh said.

Several cars were parked Monday morning outside Parscale’s house, a ranch home with a manicured lawn in a tony enclave surrounded by canals and pleasure boats.

A reporter, who approached the home Monday morning was confronted by a man on the property, who said no one was available to speak.

One neighbor who asked to remain anonymous said he was unaware of any other incidents since the couple purchased the home in January of 2019. 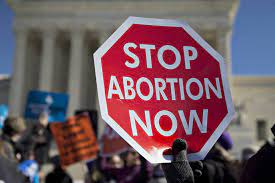 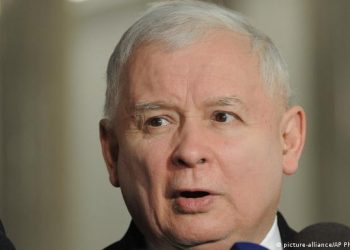 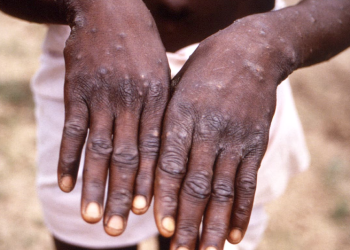 I never used Laycon’s sickle cell status against him –Erica