by Bartholomew Madukwe
in Education, World
Reading Time: 4 mins read
A A
0 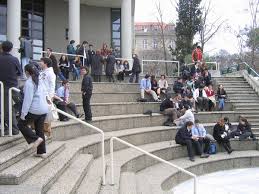 As part of a global wave of condemnation over the invasion of Ukraine, colleges across the U.S. are pulling students from study abroad programs in Russia, ending research partnerships and cutting financial ties.

However, colleges promised to support Russian students on their campuses, opposing calls from a few in Congress to remove them from the country as a sanction against their homeland.

The moves are mostly symbolic — U.S. colleges have little power to sway Russia or squeeze its finances, and academic exchange between the nations has always been meager.

But the suggestion that some or all Russian students should forfeit the opportunity to study here has drawn new attention to the role of universities in global disputes.

Last academic year, U.S. colleges hosted nearly 5,000 students from Russia, less than 1% of all international students. Advocates for international education say losing those students would forgo a chance to expose them to western ideals, and they say Russians who choose to study in America are already more likely to want change back home.

Leaders need to make a distinction between Putin and Russian people who want a better life,” said Jill Welch, a senior adviser for the Presidents’ Alliance on Higher Education and Immigration, a coalition of university presidents. “Sending anyone back wouldn’t shorten any war by a day.”

Many universities have called for compassion for students from Russia who, like those from Ukraine, may fear for the safety of family members or face sudden financial difficulty.

In a message to students, Columbia University’s president said students from both countries face a “bewildering and uncertain road ahead.”

At the University of Washington, President Ana Mari Cauce said the campus stands with Ukraine but “must also take care to not let the actions of Russia’s authoritarian government affect our treatment of Russian students, scholars and community members who have no role in its policies.”

Some in Congress have pushed for visa restrictions against Russian students. Speaking on CNN last month, Rep. Eric Swalwell, D-Calif., said the U.S. should consider “kicking every Russian student out of the United States” as a way to stir backlash against Vladimir Putin in Russia.

The idea has gained little support in Washington, but the White House later suggested that its separate sanctions against Russian oligarchs are partly intended to block access to U.S. universities.

“What we’re talking about here is seizing their assets, seizing their yachts, and making it harder for them to send their children to colleges and universities in the West,” press secretary Jen Psaki said last week.

According to advocates, college leaders are not fighting the idea that oligarchs and their children should lose access to American education.

“But wider action against Russian students would carry echoes of America’s discrimination toward Japanese and German immigrants during World War II, advocates said.

Adding: “In our country, we do not punish children for the crimes of their parents,” said Barbara Snyder, president of the Association of American Universities and a former president of Case Western Reserve University. “You have to think carefully about the consequences of targeting people because of their country of origin.”

For many colleges, the first priority has been to remove American students studying in Russia or Ukraine, although few are believed to have been there. A total of 1,400 Americans studied in those nations in 2018, and overall study abroad figures have plummeted during the pandemic.

Middlebury College in Vermont suspended a study abroad program in Russia at the end of February citing safety concerns, urging the 12 students to return home. Among them was Zavier Ridgley, who was studying in Moscow when he was told to book a flight home quickly.

The 22-year-old said he respects the decision but was disappointed. A senior at Tulane University, he had been trying to get into the Middlebury program since 2019, but it had been delayed by the pandemic.

“The month I’ve been here has been nothing short of the opportunity of a lifetime, and to have it cut so short so abruptly really is terribly sad,” said Ridgley, who has since returned home.

Other schools have joined in barring student travel to Russia, and some including Dartmouth College have canceled upcoming study abroad programs.

A growing number are also severing financial and academic ties as a rebuke of Putin, but the U.S. response has been more scattered compared with Europe, where nations including Germany, the Netherlands and Denmark have ordered colleges to freeze academic exchange with Russia.

Soon after the invasion began, the Massachusetts Institute of Technology said it was ending its partnership with the Skolkovo Institute of Science and Technology, a research university it helped found near Moscow in 2011.

MIT officials called it a rejection of “the unacceptable military actions against Ukraine.”

After Colorado Gov. Jared Polis urged universities to cut investments with Russia last week, the University of Colorado said it was divesting all holdings in the country, including $3.5 million in mutual funds.

Several other states have also told colleges to pull investments, including Virginia, Ohio and Arizona.

Presidents of Arizona’s public universities notified the state Monday that they were ending financial and academic ties with Russia in response to an order from the state’s board of regents. Arizona State University announced it will part with a corporate training center in Moscow affiliated with its business school.

Other colleges are reviewing contracts or financial donations from Russian sources, but some had no plans to return the money or end deals.

Stanford University received $1.6 million through a contract with an undisclosed Russian source in December 2020, according to U.S. Education Department records. A university spokesperson said it’s an agreement for online business courses and that Stanford is in “full compliance” with U.S. sanctions.

Last year, Rutgers University reported a new contract with Russia. The school said it’s a deal with the Russian State University for the Humanities in Moscow for research and information exchange through November 2023. Officials said the agreement is currently inactive. 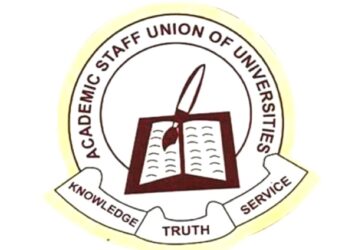 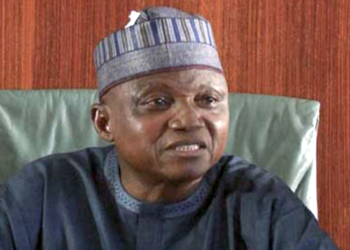