The long journey to a worldwide protest

SARS is a branch of the Nigeria Police Force under the Force Criminal Investigation and Intelligence Department (FCIID). The squad deals with crimes associated with armed robbery, car snatching, kidnapping, cattle rustling, and crimes associated to firearms. SARS officers carry guns, but do not wear Nigerian police uniforms or badges (much like similar “plainclothes” police units in other nations).

Public records indicate systematic Corruption of the FSARS Units throughout Nigeria, successive Governments have been unwilling to either reform or scrap this Unit. This may not be unconnected with the penchant of this Unit to aid electoral malpractices by “snatching” ballot boxes, voter intimidation, the kidnapping of electoral officers, maiming electorates and ensuring elections do not hold in areas deemed to be strongholds of political opponents.

Lorem Ipsum is simply dummy text of the printing and typesetting industry. Lorem Ipsum has been the industry’s standard dummy text ever since the 1500s, when an unknown printer took a galley of type and scrambled it to make a type specimen book. It has survived not only five centuries, but also the leap into electronic typesetting, remaining essentially unchanged. It was popularised in the 1960s with the release of Letraset sheets containing Lorem Ipsum passages, and more recently with desktop publishing software like Aldus PageMaker including versions of Lorem Ipsum.

some of the identified victims as reported by major news platforms includes;

This has gone long enough and now we MUST take action! I'll be leading a protest to #ENDSARS on Thursday, October 8th 2020.

They MUST listen to us, they MUST make/effect REAL and VISIBLE changes! Empty promises won't work this time!!!

Chaos everywhere. Still no response from authorities. Keep the energy up! We are not backing down!!! #ENDSARS #EndPoliceBrutality

Chelsea’s always had a strong connection to Nigeria. It’s time to #EndSarsNow.

Nigerian people, below this tweet you can link concrete information/ways to help for those of us in other parts of the world. 👇🏿👇🏽👇🏻 pic.twitter.com/8AuuSABZes

If you think those of us protesting are rebellious and Jobless take look at the story behind Richards dead. A Nigerian Student and i can't see NANS Strongly on this movement you are as good as a wicked, selfish murderer if all do seek favour to ur interest #EndSARS pic.twitter.com/nGFYT1X5Ag

Segun Awosanya (@segalink) traces the history of #EndSARS and outlines some of the reasons why the calls for police reform are important.@sunrisedailynow#CTVLiveTweets pic.twitter.com/5kc18Vwegw

Anytime you think of backing out on this #EndSARS protest just watch this video 🙏🙏🙏pic.twitter.com/n42oMyCh2L

The Governor of a State in Nigeria said on live television that SARS exchange fire with the Police IG Squad over N500k in his state. This is the rogue unit they want to convince us they can reform. #EndSARS first. Get them off our streets. Reform them in house. pic.twitter.com/UjbEbWei42

Mr President we know you see all these assault going on , we have been crying for so long , buh you chose deaf ears #EyiNaScam #EndSARS / NANS / #BuhariResignNow / steff #ShutItAllDown pic.twitter.com/YPcm73Xq5O

Although I celebrate the dissolution of FSARS, this dissolution will only be a disillusion if not backed up by an Executive Order from General @MBuhari, because, as you can see from the date on the attached @BBC headline, this is not the first time this same IG dissolved SARS! pic.twitter.com/BVkzrN4kn2

For the 2nd time today and 4th time since we started our peaceful #EndSARS protests #AbujaProtests we have been teargassed again and shot with Watercannons just in front of Federal Secretariat, Abuja. pic.twitter.com/UFnjOOp4sz

I don't understand this country. pic.twitter.com/OinAQ5zFFj

Femi Adesina is the enemy within. #EndSARS

This is an Evidence for you to know that the #EndSARS is not over yet.
Protest must continue✊🏾✊🏾✊🏾

You are still shooting at peaceful protesters and you say SARS has been dissolved?? How are we to take you seriously??? We never tire oooo!!! We can’t even be!! There is too much at stake!!! #EndSARS #ReformPoliceNG

All the planned protests should go on: 1. Justice for murdered Jimoh Isiaq 2. Justice for arrested protesters. 3. Ending SARS is one of many critical issues. 4. We can’t make this too easy for them. @MBuhari stays hiding from the issue. #ENDSARS #EndPoliceBrutality

They chased us with bullets, teargas and watercannon. That water cannon truck drove like a demolition derby through people's cars. Meanwhile, it patiently waited for the pro-SARS protesters on the other side of the road as they blocked the road.#EndSARS #EndPoliceBrutality

Until Buhari dissolves SARS like this, that is when i will believe. #EndSARS pic.twitter.com/38gRamyKtL

Is this what this country wants???

We can’t walk away from fellow protesters who were arrested by @PoliceNG neither can we go to sleep on the grave of Jimoh Isiaq without demanding justice for his death. That’s why we must stay protesting!!!! #EndPoliceBrutality #ENDSARS @ProfOsinbajo @MBuhari

They're chasing us with an Armoured Personnel Carrier.

They rammed into 4 cars, protesters arrested and brutalized heavily.#EndSARS pic.twitter.com/7lXELd3IrR

They chased us with bullets, teargas and watercannon. That water cannon truck drove like a demolition derby through people's cars. Meanwhile, it patiently waited for the pro-SARS protesters on the other side of the road as they blocked the road.#EndSARS #EndPoliceBrutality

All #EndSARS protest should still proceed till the Nigerian president announce it himself! pic.twitter.com/jPsIg8uLig

Even the media personnel were beaten by @PoliceNG right now.
#EndSars is also end police brutality but @PoliceNG are shooting and teargassing protesters. #NoRetweetNoSurrender #EndPoliceBrutality#BuhariIsAfraidOfNigerianYouth

WE HAVE NOTHING TO CELEBRATE !! SHINE YOUR EYES ! NEW YEAR, SAME STORY #EndSARS pic.twitter.com/ZlovAZhcbC

They didn't dissolve anything they're still shooting at protesters i. ABUJA. RETWEET!!#EndSARS #EndSarsNow

The police has followed us to GANA STREET IN MAITAMA!

POURING WATER, TRYING TO BEAT US.

We’re parked infront of a Supermarket in Maitama.

DO NOT STOP THIS PROTEST!

YOUR COUNTRY HAS DONE NOTHING AND THIS IS A FOKKEN LIE!#EndSARS

After the IG's announcement, #EndSARS protesters headed back to Force Headquarters to press home other demands.

This video shows their number & the level of peaceful organization.#EndPoliceBrutality pic.twitter.com/nxMWDFahY5

LIVE BULLETS! 5 persons have confirmed that the Nigerian Police are shooting at #EndSARS protesters in Abuja.

IGP, @NigeriaPolice ask your men to stand down if your promises to #EndSARS are genuine pic.twitter.com/Uj6DjEAmOP

On this Sunday I stand with my brothers in sisters in Nigeria 🇳🇬 #endsars #endsarsbrutality #endpolicebrutality pic.twitter.com/A63ka5iIBg

ATTACK ON PROTESTERS
—Today activist @ibrahimu14 was assaulted and arrested by the police during protest in Abuja.
—Protest is a human right. Nigerian govt. must stop attacking protesters.#EndSARS #EndSarsNow #SARSENDED #Nigeria🇳🇬 #Abuja #AbujaProtests

Apple's IPO was 1980, it made Jobs a multimillionaire at 25, Mark Zuck hit a billion before 32

If u run a country where you think a Toyota Camry is too much for a 23year-old, you are running a failed country#SARSMustEnd PH Twitter #BuhariHasBeenABadBoy
pic.twitter.com/SmtuUw8qew

Another huge reason to protest@sp12ff: "I use a govt car,
I knew their commander
I had a 1 year old in the car,
But did that stop them? NO!

Police robbed me this morning, took me to an ATM to withdraw N20,000 for them - Abuja Lady claims

#ENDSARS In the News 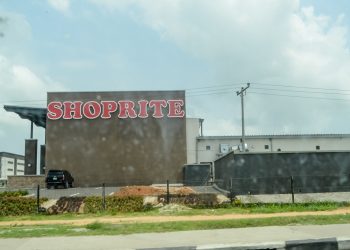 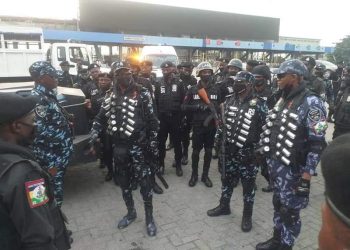 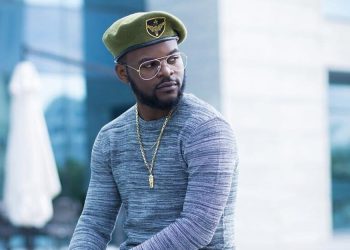 [Video] #EndSARS has never been a political movement – Falz 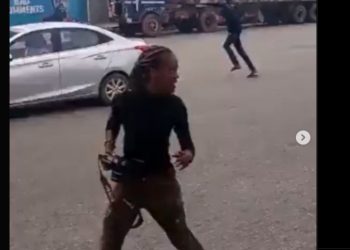 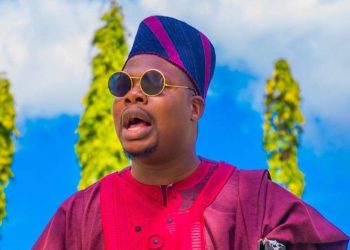 [Video]#EndSARS memorial: All we want is justice – Macaroni 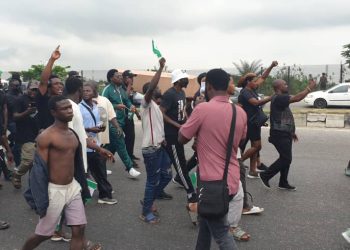