TNG HEALTH: 5 benefits of sleep you shouldn’t joke with

by Kehinde Ajose
in Health, Lifestyle
50 1
0 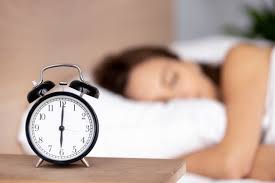 A good night’s sleep is incredibly important for your health. Sleep is a vital, often neglected, component of every person’s overall health and well-being. Sleep is important because it enables the body to repair and be fit and ready for another day.

TheNewsGuru takes a look at 5 benefits of sleep you should not ignore.

Sleep is important for various aspects of brain function.

This includes cognition, concentration, productivity, and performance (All of these are negatively affected by sleep deprivation).

A study on medical interns provides a good example.

Interns on a traditional schedule with extended work hours of more than 24 hours made 36% more serious medical errors than interns on a schedule that allowed more sleep .Another study found that short sleep can negatively impact some aspects of brain function to a similar degree as alcohol intoxication

2. Poor sleepers have a greater risk of heart disease and stroke

Sleep quality and duration can have a major effect on many health risk factors.

These are the factors believed to drive chronic diseases, including heart disease.

A review of 15 studies found that people who don’t get enough sleep are at far greater risk of heart disease or stroke than those who sleep 7–8 hours per night.

3. Poor sleep is linked to depression

Mental health issues, such as depression, are strongly linked to poor sleep quality and sleeping disorders.

Even a small loss of sleep has been shown to impair immune function .One large 2-week study monitored the development of the common cold after giving people nasal drops with the cold virus

If you often get colds, ensuring that you get at least 8 hours of sleep per night could be very helpful. Eating more garlic can help as well.

Someone once said: “A good laugh and a long sleep are the best cures in the doctor’s book”.