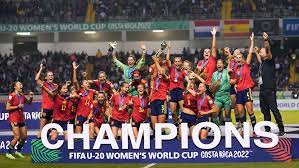 Spain's U-20 female national team has emerged victorious at the FIFA World Cup held in Costa Rica for the first ... 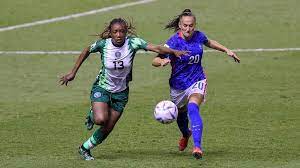 A litany of factors, including poor finishing, hard luck and dodgy officiating by Costa Rican official Marianela Araya saw the ... High-riding Nigeria will look to make it a perfect group phase campaign at the FIFA U20 Women’s World Cup when ... Two-time runners-up Nigeria gave a sneak preview of their capabilities when they overcame torrential rain, an hour’s delay and more ... Two-time runners-up and one-time semi finalists Nigeria are upbeat about scooping the three points when they go up against one ... Ever-present African flagbearers Nigeria departed the shores of the country on Thursday evening for this year’s FIFA U20 Women’s World ...

Nigeria has never missed a FIFA U20 Women’s Championship since the competition began as an U19 Championship in Canada 20 ... Nigeria will play France, Canada and Korea Republic in Group C of the FIFA U20 Women’s World Cup in Costa ...

Nigeria’s U20 girls, Falconets will on Thursday know which opponents they would have to deal with in the group stage ... 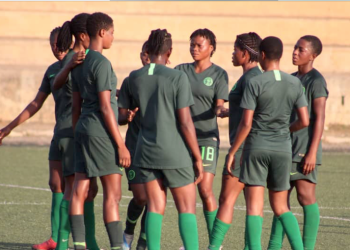 Nigeria’s national under-20 women football team on Saturday in Benin City earned a ticket to the 2022 FIFA Under-20 Women’s ...