Two quite unlikely persons will be taking over the Colombian Presidency on August 7, 2022. Gustavo Petro, 62, a former ...

Heroes of a blighted nation – By Owei Lakemfa

Femi Soyinka, Professor of Medicine may not be known much outside the medical field or outside the university system where ...

Belgium, too arrogant to apologise for killing 15 million Congolese – By Owei Lakemfa

The unravelling of Nigeria – By Owei Lakemfa

The Federal Government on Thursday announced that the Islamic State of West Africa Province, ISWAP, was responsible for the June ...

I am not a pacifist. Not all who seek peace are pacifists. There is such a thing as a bad ...

This is one of the most engaging seasons in the life or history of this country; when Federal and state ...

Peace is costly, but far cheaper than war – By Owei Lakemfa

The European Council met this Monday, May 30, 2022 on the Ukrainian-Russian War, made the same old arguments, declarations, threats ...

The Kings Assembly Pentecostal Church, in Port Harcourt announced that it would be handing out food packs to the needy ...

In our skewed world infected with conflicts, growing inequalities and the right of might over right, we produced three new ...

Aregbesola: Governance as festival of the mass – By Owei Lakemfa

Witness to history. Animated discussions. Banters. Back slapping. Roaring laughter. Seeming riot, but orderly. Various groups, including the elderly and ... 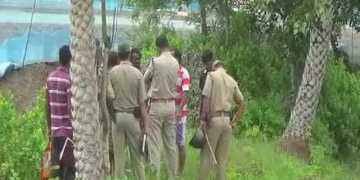