Nigeria’s fiscal year has since Independence in 1960, remained between January to December, and, senior citizens may indeed, recall the ritual of budget speeches, by the Prime Minister or later Heads of State, on New Year’s Eve or shortly before December 31st, while the nitty-gritty and specific details of each year’s budget were revealed, soon after, by respective Finance Ministers, who would announce changes in tariffs, taxes and other government economic policies that would prevail during the Fiscal Year.

Invariably, with this early schedule of assent in place, budget implementation could commence, from the, 1st day of January, so that there will be 12 full months for comprehensive implementation of Government’s expressed intentions and policy directions. Instructively, when budgets are promptly enacted, stakeholders, such as investors, the Organized Private Sector and Labour would also have the opportunity to align their activities and expectations with government’s expectations.

In retrospect, however, since the return to Civil Administration in 1999, the process of budget presentation and final Presidential assent, has regrettably, wobbled without rhythm, and has consequently, significantly, frustrated comprehensive budget implementation, notwithstanding the adverse collateral of partial budget execution, on the economy and social welfare.

Curiously, since 1999, the 2001 and 2007 budgets, which received Presidential assent before the Christmas break, are still the only fiscal plans assented to before 1st of January. It is, however, notable that both plans were laid before the National Assembly as early as October.

The other notable, relatively prompt, Presidential assent was the 2013 budget, which the National Assembly received on 10th October 2012, but later became Law on February 26th 2013, after over 4 months in the pipeline.

In summary, therefore, almost all budgets, with the exception of 2001 and 2007, actually suffered protracted and unnecessary delays before approval. Instructively, however, when a budget is delayed for a significant portion of its operational year, the fiscal plan objectives of government becomes largely unattainable; invariably, the capital component of budgets, which specifically drives improved public infrastructure and social welfare, would be partially and hastily implemented.

Although, Nigeria’s consolidated annual budgets have steadily risen from N705.036bn (i.e. $8.2bn  @ $1=N85.98) in 2000, to well over $31bn between 2011-14, improvement in the social welfare of our people has, sadly, inexplicably, been marginally impacted; incidentally, the claim of marginal improvement, may not even be corroborated by the Washington based Brookings Institute’s recent report, which identified Nigeria, as the World’s Poverty Capital, where the number of people who earn below $2/day increase by upto 6 persons every minute!

Incidentally, recurrent expenditure, such as wages/salaries and general consumables, still remain closer to 70 percent of total budgets, despite, public expectation that the present Administration would tilt the consolidated budget, in favour of relatively larger capital budgets, to fast track rapid infrastructural enhancement.

Curiously,  the anticipated reduction in sleaze, in public finance, with the curtailment of deliberate, and wasteful duplications in public expenditure, plus the reported savings from removal of hundreds of thousands of ‘ghost workers’ from Government’s payroll and the increasingly sanitized, reported procurement process, annual recurrent expenditure has still remained sticky around 70 percent of total budget.

Indeed, an early indication that the present Administration’s grasp of the nature and conduct of Nigeria’s economy was suspect, became evident, very early in its tenure, when V.P. Osinbajo boasted of a planned N8tn-plus total expenditure for this administration’s first budget in 2016; this was in contrast to the relatively modest N4.493tn 2015 budget ($27bn @ $1=N165), with an embedded N1,041bn deficit, which would, invariably, increase the pressure of an already existing oppressive debt burden, with a fresh loan of N953bn required to fund the budget.

Fortunately, good sense, later prevailed and the 2016 budget was ultimately cut back to N6.06tn, even though, this was still a steep slope from the relatively more modest 2015 consolidated budget of N4.493tn, in which debt service charges, already gulped over N50 out of every N100 of government income.

Instructively, however, Section 81 of the 1999 Constitution mandates the President “to cause to be prepared and laid before the National Assembly, estimates of the revenues and expenditures of the Federation for the next or following financial year, at any time in the Financial Year.”

Consequently, since 1999, successive Presidents have persistently laid their budgets, very late in the year, albeit, within the ambit of the open-ended constitutional schedule. Expectedly, however, late budget presentation often leads to late approval which, will significantly, distort, successful budget implementation. It is inexplicably, for example, that although the federal budget has exploded from a mere N701bn ($8.2bn i.e. below N1tn) in year 2000 to N4.493tn ($31.1bn) in 2015, N7.44tn in 2017, and N8.612tn ($26bn) in 2018 respectively, the seemingly stupendous increase in government expenditure has, regrettably, failed to enhance inclusive economic growth, while the critical objectives of poverty reduction and high level of employment have also remained elusive.

Indeed, since successive Administrations, have so far failed to adopt the self-discipline and international best practice of early submission and assent to annual fiscal plans, it would be advisable to make early passage of the Appropriation Act mandatory. Thus, Sections 81 (1) and 82 of the 1999 Constitution and 2007 Financial Reporting Act would require urgent amendment to fast track Presidential assent and implementation of annual fiscal plans.

Notably, however, in the absence of such a definitive Act that makes it mandatory for the National Assembly to receive the Appropriation bill before, say, 30th June every year, (i.e. at least six months before the New Year) there may be no end to the extended delays that would impede full budget implementation; in such event, there can, therefore, be no reprieve, from the increasing challenges of rising unemployment, deepening poverty and decayed infrastructure.

Instructively, if the Legislative and the Executive arms of government strictly adhere to the established Medium Term Expenditure Framework, (MTEF), which was derived from the main body of Government’s Economic Recovery & Growth Plan (ERGP), the process of budget preparation and assent will certainly become facilitated, so that implementation could properly commence as from the 1st of January of each Fiscal Year. Arguably, the progressive goals of government will be more easily attainable with early assent to budget, so that more Nigerians will enjoy rapidly improved social welfare.

Notably, however, the 2019 budget, would most likely fail, as usual to meet expectations, particularly, when the budget has not been laid before the National Assembly by the first week in December 2018. Invariably, with the extended Year End Legislative Break and the imminent National elections in February, the 2019 Fiscal Plan may not receive the appropriate attention that ensures diligent implementation that will enrich our people. 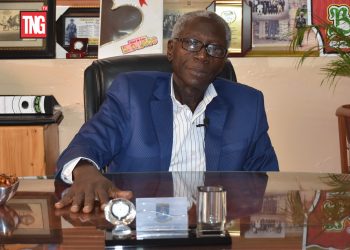