The Brookings Institution, a Washington based Economic think-tank, published a report earlier this year, titled “The start of a new poverty narrative.” The report was primarily based on the work of three experts associated with the ‘World Poverty Clock, an Economic Study Group launched, in 2017, to track trends in poverty reduction.

Notably, according to latest projections, by early 2018, “Nigeria, had reportedly overtaken India as the country with the largest number of ‘extreme poor’, while “DR Congo could soon take over the number two spot,” despite its enviable mineral endowment.

The Brookings report suggests “that Nigeria already had about 87 million people in extreme poverty by May 2018, compared with India’s 73 million (out of over 1.34 billion people).”

There is therefore, increasing concern, “that extreme poverty, is growing by six people/ minute in Nigeria, while poverty in India, continues conversely, to fall at a rate of 44 persons per minute!” The report, similarly, projects that “in Africa as a whole, there will be about 3.2 million more people, living in extreme poverty by December 2018,” than six months earlier, when the report was published.

Furthermore, the Study Group estimated that “Africans account for about two-thirds of the world’s extreme poor” and therefore observed that “if current trends persist, Africa will account for nine-tenths of the World’s ‘extreme poor’ by 2030;” in addition, “fourteen countries (out of 18 worldwide) where the number of extreme poor is rising – will be in Africa,” and this development will challenge the achievement of the first of the UN’s “Sustainable Development Goals”, i.e. the eradication of poverty.

Incidentally, the above narrative corroborates the African Development Bank’s observation, in February 2018, that “152 million Nigerians, representing almost 80 percent of Nigeria’s estimated 193.3 million population, allegedly live on less than $2 per day.”

Nonetheless, according to authors of the Brookings Report, the aim of the study was, primarily, to demonstrate “the speed (and) not the level of poverty reduction”, which is conversely, traditionally celebrated everywhere, despite the reality that, pace of poverty reduction may be much slower than is actually required to eliminate poverty, particularly in Africa,” the continent with the fastest growing population of any major region.

The above notwithstanding, Nigeria’s Trade, Industry and Investment Minister, Okechukwu Enelamah, however, countered, that the figures which predicated the Brookings study, only reflected a period when Nigeria’s economy was in recession, and therefore, according to Enelamah, “the indicators, adopted are outdated.”

Similarly, the Minister for Budget and National Planning, Udo Udoma, also rejected the conclusion of the report that “the poverty situation is getting worse in Nigeria.” Udoma, therefore, dismissed the report as unreliable, since it was not based on any recent, comprehensive survey of household data compiled by the National Bureau of Statistics on Nigeria’s poverty level.

The preceding narrative may suggest that Africa’s, relatively faster population growth rate, may also propel extreme poverty, if higher rates of development, continue to elude the continent; the impact of such poor economic growth, will be particularly evident in Nigeria, which sadly, presently, holds the title of, the World’s greatest producer of poor people! Invariably, if growth remains sluggish, the present perception of Africa and Nigeria, in particular, as the World’s ‘sick family’ may become difficult to dispel.

Although the above grotesque tapestry of Africa and, Nigeria, its sleeping Giant, is very disturbing, curiously, nonetheless, an examination of Capital flows between Africa and the rest of the world, may not support the popular notion of a Continent that is, unrepentantly retrograde, and seemingly unwilling to help herself, while also in apparent contentment to remain the World’s major attraction for morsels of aid and doses of charity from time to time, despite Africa’s abundant resource endowment.

Instructively, however, a report published, in February 2018, by the Organisation for Economic Cooperation and Development (OECD), has conversely suggested that Africa, is actually far from the popular image of the “World’s Poor Cousin”. The OECD report titled “Illicit Financial Flows; the Economy of Illicit Trade in West Africa,” actually concludes that illicit financial flows, cost African Countries at least $50bn annually; i.e. more than $41bn total Development Aid, the Continent receives yearly!

Incidentally, another report from a United Nations/Africa Union collaborative effort, headed by former South African President Thabo Mbeki, also suggests that companies and government executives are illicitly moving $60bn out of Africa each year, and that these illicit flows are impeding Africa’s development. The same study, also estimates that if funds leaving Africa, illicitly, had remained on the Continent, Africa’s Capital Stock would have expanded favourably by more than 60 percent, while GDP per capita would also increase by about 15 percent.

These studies suggest that “Large companies move money illegally through trade misinvoicing, abusive transfer pricing, wrong invoicing of services and intangibles, and use of unequal contracts.” Furthermore, Multinational Companies often also take advantage of the insufficient information and capacity restrictions of government agencies in Africa to participate in “base destruction and profit-shifting activities.” The tricks used, according to the reports, range from under-invoicing, for example, by the loggers in Mozambique, to Nigerian officials sending cash earned dishonestly abroad,” arguably, with CBN facilitation, through its direct funding of over 3,000 Bureau-de-Change. Furthermore, in Nigeria, some of these culprits, allegedly, also conspire to secretly sell hundreds of thousands of barrels of oil a day; a practice described in the report as “looting on an industrial scale.”

However, Vice President Osinbajo who spoke in Abuja in September 2018, at the International Conference on Combating Illicit Financial Flows (IFF) and Enhancing Asset Recovery (AR), noted that it will require global outrage, similar to the International response on Human and Drug Trafficking or Terrorism financing, to these stem illicit financial flows.

Foreign Minister, Geoffrey Onyeama has also described as mind boggling, the difficulties and hurdles faced in the process of restitution and recovery of looted assets from foreign countries to developing countries. Onyeama had publicly lamented, with regard to the $321m Abacha loot finally repatriated from Switzerland in 2018 that “my God, when you look at the details, I was shocked and extremely angry at the process of recovery; percentages were paid to all kinds of institutions. To me this is daylight robbery that these countries are perpetrating; they are not only condoning the huge theft, they are also accessories after the facts.”

Instructively, Switzerland paid out over 30 percent as fees on Abacha’s over $1bn loot, while alarmingly, the loot, inexplicably, did not earn a single dollar as interest, even after 20 years!

Arguably, it would be out of character for the International Finance Houses which benefit from the billions of dollars, looted from Africa, to simply keep such ‘free’ funds as idle loot! Invariably, with the capacity of such beneficiary Financial Houses to create credit on the value of these stupendous deposits, it may not be impossible that African Countries, may also be paying upto 8 percent interest to borrow our own money back, whenever our governments seek foreign loans!!

Invariably, therefore, so long as the safe havens, for illicit cash flows in Switzerland, Jersey, etc, remain, indirectly, protected, by major Finance and Business Houses in London and elsewhere, the rape of the Treasuries of most African nations will persist, and less and less funds will become available for any real development. Ultimately, the Brookings projection of increasing rate of extreme poverty in Africa will become wickedly manifest.

Arguably, if the onus of the burden of proof of ownership of alleged illicit funds shifts from the accusing government to the alleged looter, certainly, the over 20 years of pursuing the Abacha loot, for example, would have been unnecessary, as it would require ‘high magic’ for these audacious looters to prove ownership of their humongous illicit transfers. It all seems like a conspiracy, and Africans, sadly, are the pawns! 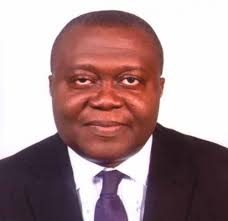 Credit for restructuring: You are being economical with the truth, Atiku tells Osinbajo