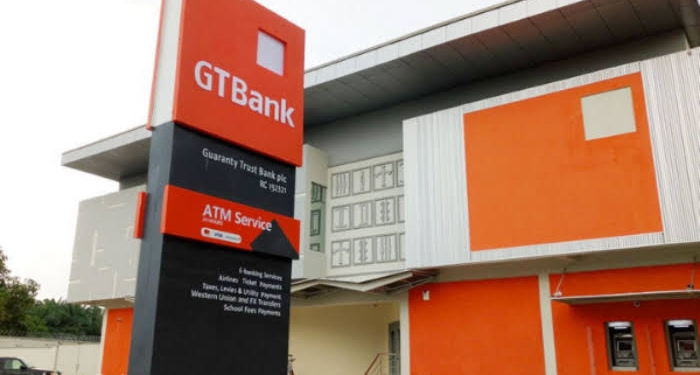 85
SHARES
2.1k
VIEWS
Share on WhatsAppShare on FacebookShare on TwitterShare on LinkedInShare on TelegramSend as Email

The Kubwa branch of the Guaranty Trust Bank (GTBank) in Abuja was on Friday stormed by customers, who complained that their bank accounts were hacked.

TheNewsGuru.com (TNG) reports that most of the victims, who were mainly youths, complained of how their money allegedly grew wings and vanished from their accounts.

A victim of the scam who gave her name as Miss Martha Dauda narrated her ordeal to TNG.

“I got here to pay my school fees and surprisingly after filling the form, the cashier simply told me that I only have N11,000.00 in my account instead of N61,000.00,” she narrated.

The worried GTBank customer, further stated, “I was alarmed because it wasn’t too long ago this bank made me to upgrade my account and insisted I provide NIN details.

“I applied for NIN number and my account that was blocked was reactivated and now I want to pay my school fees only to discover that my life savings has been stolen.

“I asked the Customer Care person in GTB and he simply told me one Opeyemi must have cleaned out my account.

“I don’t know any Opeyemi, this is my hard earned money that I have saved after gaining admission into National Open University of Nigeria”.

23-year-old Dauda narrated her experience in tears and confirmed to TNG that several other students and other GTBank customers equally wanted their accounts closed because their accounts were hacked.

She explained: “we were more than five that had our accounts hacked and we were simply asked to go home”.

Efforts to get the Kubwa GTBank branch manager to address the matter proved abortive at the time of filing this report.