Home » Columnist » For technology, 2021 a year of the silver bullet – By Okoh Aihe

For technology, 2021 a year of the silver bullet – By Okoh Aihe

by Ediri Oyibo
in Columnist, Telecom
Reading Time: 5 mins read
A A
0 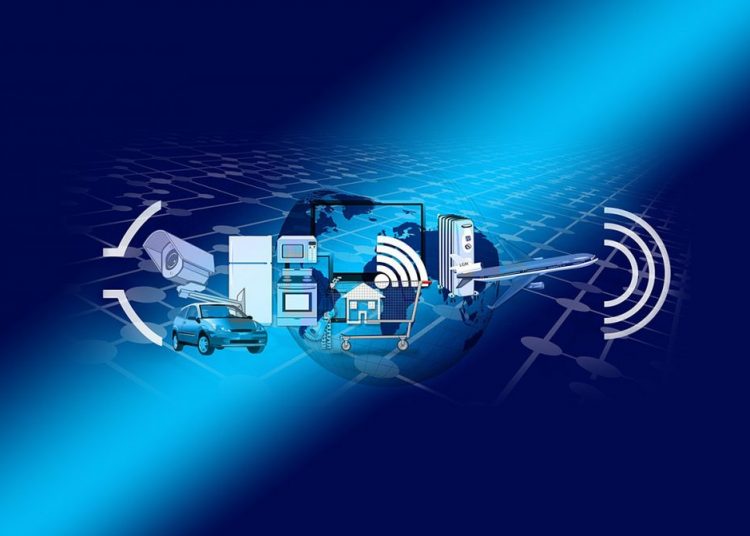 For technology, 2021 was the year of the silver bullet. When every little flash in the pan idea was expected to resolve every problem, no matter how intractable or deep-seated. But the fact that the flash even came at all means that government was aware of certain challenges and was desirous of resolving them.

So, this year as insecurity continued to trouble the nation, government had to take some drastic decisions, including suspending the use of mobile phones in parts of the north, spanning some states – Bornu, Zamfara, Katsina, Sokoto and Kaduna. It was the first time ever for such idea to be contemplated. It was reasoned that once that happened, the bandits or to use the appropriate despicable appellation, terrorists, would have problems communicating with each other and that would mark the beginning of their end and the end of the problems they had caused this nation. Lots of people dying and the economy of a vast section of the country being devastated. Nobody caught or punished.

Now they would be stopped from coordinating their activities with telecommunications tools and their end would come. Everybody complied – the regulators of the telecommunications industry, the Nigerian Communications Commission (NCC), the subscribers and even agents, except the terrorists themselves who devised other means of escaping that punishing decision. At the end it became pretty much clear that everybody paid too much of a price and got punished inadvertently, because once there was security breach the people couldn’t make immediate report or contact with authorities because, they too, have been truncated from the rest of the country. The collateral consequences, methinks, were hardly anticipated.

Another brilliant idea preceded this, and it also had to do with telecommunications, being the superstructure of infrastructures. December last year, phone users woke up one morning to the news that they would have to sink their phone registration with their national identity number (NIN) in a process captured as SIM/NIN registration. It would take only two weeks to do so, they said. It didn’t matter that there were nearly 200m phone lines in Nigeria that would be registered within the two-week window. It didn’t also matter whether the parties involved – the NCC and the National Identity Card Management Commission (NIMC) had the facilities to carry out the assignment that must be executed with extreme speed.

But here is the other story. The NCC commenced SIM Card registration on March 28, 2011. At the time it envisaged that all existing 89m connected lines in Nigeria would have been registered by June, 2013. That didn’t happen. The process looked easy but it turned to be much more difficult than policy statements, work plans and job schedules. At the same, NIMC was also carrying out enrolment and issuing of ID cards to Nigerians. NIMC enjoyed off season in doing this job, no attention from anybody, no special expectations.

It took the genius of Dr Isa Pantami, the Communications and Digital Economy Minister, to convince Nigerians that these two convoluting jobs could be done within the little window of two weeks and everybody walking the streets of our nation would bear a digital identity. There comes the silver bullet. It would resolve all the security problems, and Nigeria would be on the move again. Voila. A philosopher king is born. The only problem is that Pantami has a questionable background apropos religious fundamentalism, and he does his job with the excitement of a fellow engaged in an animated experiment whose outcome is as sure as the stupendous wealth always associated with our country. Unfortunately, he is experimenting with the lives of millions of Nigerians whose only fault is trusting an official of government.

So from April 19, 2021, two weeks have stretched into months and the months could become a year and years. One thing became clear. The idea was never really thought through. And it shows clearly that the Minster has little knowledge of the intricate workings of the industry but masks this pervasive ignorance with sheer braggadocio. The result is that were the SIM/NIN registration to be enforced today, nearly two thirds of phone users would still fall hapless victims.

But as the year hobbles to an end quite a few thoughts crowd my being to obviate the dreariness just listed above. Looking at the figures I get the stirring that there is no need to look back in anger except to feel disdain for those who make us look small in the eyes of the world.

I am not too dampened by the fact that Nigeria is tumbling down the ladder of foreign direct investment (FDI) in Africa, slipping down from top five to nest very ignominiously at number fourteen. Some other figures give a lot of hope and encourage the reason to anticipate a better tomorrow.

For instance, a seeming innocuous story in Vanguard on November 1, 2021, came with the headline, Foreign investors stake N412bn on 35 Nigerian startups in 10 months, with Ambassador Ayo Olukanni, Director General of the Nigerian Association of Chambers of Commerce Industry Mines and Agriculture (NACCIMA), declaring that such level of investment reflects the capacity of Nigerian tech entrepreneurs.

The tech sector continued to tell a good story. Early December, Equinix, a California based company splashed $320m on MainOne, a foremost undersea cable operator helmed by tireless telecoms proponent, Funke Opeke. The MainOne cable has landed in some countries of Africa, even as the organization has laid fibre cables across some states of the federation.

Without doubt a lot of sunshine has come upon the Fintech sector from the international community. This attention may have magnified the failure of government in breathing life into The National Financial Strategy (NFIS) which sought to ensure that over 80 per cent of the bankable adults in the country had access to financial services by 2020. Initial licensing achieved very little results. Early November the Central Bank had to correct its earlier mistake by awarding MTN and Airtel Payment Service Bank (PSB) licenses. It will be interesting to watch what happens in that sector in the days ahead.

The fact that MTN Nigeria and Mafab Communications were ready to splash such monies on the country’s telecoms sector is clear indication of the huge confidence on the nation.

But don’t be deceived. This is no mark of achievement or something to regale about. If the nation was not adrift, seemingly in an unannounced war, with its huge population and untapped economic potentials, Nigeria would be the honey pot for foreign direct investment.

This writer is not looking back in anger. This is only a concerned call for the government to do the right things that can give the nation a better life in 2022.