Let the priests lead in the supplication – By Stephen Ojapah 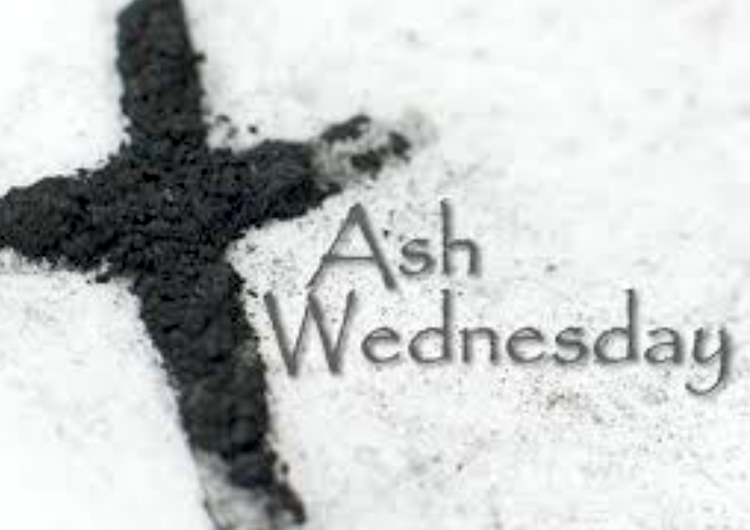 “Blow the trumpet in Zion! proclaim a fast, call an assembly; Gather the people, notify the congregation; Assemble the elders, gather the children and the infants at the breast; Let the bridegroom quit his room and the bride her chamber. Between the porch and the altar let the priests, the ministers of the LORD, weep, and say, “Spare, O LORD, your people, and make not your heritage a reproach, with the nations ruling over them! Why should they say among the peoples, ‘Where is their God?’” (Joel 2: 15-17).

On the 2nd of March 2022, Christians, especially Catholics round the world began observing the sacred season of Lent. The traditional forty days of fasting, prayers and arms giving. Lent is a liturgical season that is ordered towards the preparation of the celebration of Easter. The entire Catholic faithful will be engaged in various degrees of works of mercy, charity and penance.

Lent recalls the forty days of our Lord’s fasting in the desert, which He undertook before entering into His public ministry. We read in the Gospel: “Jesus was led up by the Spirit into the wilderness to be tempted by the devil. He fasted for forty days and forty nights, and afterwards he was hungry” (Mt 4,1-2). Like Moses, who fasted before receiving the tablets of the Law (cf. Ex 34,28) and Elijah’s fast before meeting the Lord on Mount Horeb (cf. 1 Kings19,8), Jesus, too, through prayer and fasting, prepared Himself for the mission that lay before Him, marked at the start by a serious battle with the tempter. The law of fast binds those who are from 18 to 59 years old, unless they are excused for a sufficient reason (e.g., a medical condition that requires more frequent food, etc.).

The law of fasting allows only one full meal a day, but does not prohibit taking some food in the morning and evening, observing—as far as quantity and quality are concerned—approved local custom (Apostolic Constitution Paenitemini, Norms, III:2 ). The system of mitigated fasting that is required by law thus allows for “one full meal” and “some food” in the morning and evening. The Church’s official document governing the practice of fasting does not encourage scrupulous calculations about how much the two instances of “some food” add up to, though obviously each individually is less than a full meal, since only one of those is allowed.

The reality of abstinence from food is to enable us mortify our senses, to make our spirit-man light, and to identify with those who really do not have. Saving the proceeds of our fasting for the less privileged and the less blessed. As the world becomes unstable daily, we are faced with people who are living in abject poverty due to the greed and avarice of many of our leaders. Let the priests lead in this supplication. Let all who have been baptized Christians lead in this supplication for the less privileged and the less protected. At baptism, we were all baptized; Priests, Kings and Prophets.

Before Russia launched its onslaught on Ukraine, the Holy Father, Pope Francis walked to the Russian Embassy in Rome to demand a halt to this unprovoked aggression. That is a priest leading in supplication. He equally called on all people of goodwill, who have the political will to put an end to the aggression and the war between Russia and Ukraine.

Here in Nigeria, Christians must walk the talk. The crises at our hands demand that we are constantly on our knees. It has never been this bad in our dear nation Nigeria. Our people have been humiliated to the point of accepting the inhuman conditions meted against them as normal. The priests must lead in supplication. We must continue to demand for God’s forgiveness on bended knees, and we must continue to ask the state and the non-state actors to halt the killings and the kidnappings that have become normal in Nigeria. Many parts of the country have become silent about the activities of bandits because it’s no longer news, permit me to list these forty-one (41) villages in Kebbi State that have been wiped out by bandits as recent as one two weeks ago (20th February 2022) and they are: Muhaye; Unguwan; Dungu; Muntarisah; Muntari Kanato; Unguwan Danga; Uguwan Somna; Kareren Dakarkari; Kareren Hausawa; Malamawa; Mesa; Udoba, Gamji; Uguwan Nabar;, Danlayi, Sawade; Unguwan Dadu; Marmara; Machitta; Dilombo; Kyola; Magaba; Saulawa; Uguwan Ramani; Gwarawa; Macheri; Rini; Dan Tafada; Uguwan Dan Fulani; Gangamada; Sakawa; Uguwan Dan Doro; Yammachi; Sabon Gida; Burungu; Kwaraman Zama.

Those currently without homes around Kebbi, Niger, Sokoto, Zamfara States are in their thousands. And there is no hope or plan by the state or federal authorities, to relocate them back to their homes. In the name of God, we plead on the international communities to look into the horrible situation of the crises in Nigeria.

Prophet Joel was task by the Lord to call the entire assembly and let the priests lead in the supplication for the people before the altar of God. The cry of the innocent in our world, demands that we rise as prophet Joel in different capacities to proclaim a fast and to lead in supplication. Dr Fatima Damagun, a columnist with the Daily Trust News papers for Sundays, wrote an interesting article titled: When Doctors Play God: IVF and the Matters Arising. Fatima made very heart wrenching revelation, the type that the prophet Joel in the above passage made. Among the issues she highlighted, was the pain and humiliation childless couples go through in life for no fault of theirs, but worst still the abuses that happens in the process of getting a child through IVF, especially in a country like Nigeria, where there is little or no regard for law.

“Young girls, majorly students in tertiary institutions from poor backgrounds during weekends are taken to the lab, where they are giving drugs to stimulate ovulation. Once their eggs are harvested, they are paid their money and they return to school. In some cases, the couple are aware that the eggs used for IVF is bought, but in others the couple are blissfully unaware, thinking only that they are using an ‘anonymous donor’. The second issue raised by Dr Fatima sounds like a typical Catholic Moral Theology course on human reproduction. “Another matter that needs to be addressed is the number of embryos that are transferred into the woman. In many cases only one fertilized embryo is transferred to the uterus, while other doctors believe that two fertilized embryos increase the chances of a successful pregnancy. Here again, greed takes over sensibility. In order to have higher success rates, some centers have been known to implant four to five embryos into the uterus of a woman knowing fully well that it will be difficult to carry those babies to term. When the embryos mature the doctors are forced to kill some in other to allow some mature for safe delivery.”

This is another very important issue that we priests (both ministerial and ordinary) should lead in supplication. Dr Fatima has begun the conversation, let our government help in some of the parts that needs legislation. I wish all Christians especially Catholic faithful a fruitful Lenten period.

Fr Stephen Ojapah is a priest of the Missionary Society of St Paul. He is equally the director for Interreligious Dialogue and Ecumenism for the Catholic Diocese of Sokoto, a member of IDFP. He is also a KAICIID Fellow. ([email protected]).