by Femi Ajasa
in Columnist, Editor's Pick
0
17
SHARES
424
VIEWS
Share on WhatsAppShare on FacebookShare on TwitterShare on LinkedInShare on TelegramSend as Email

Let me make myself clear from the beginning, I only borrowed the title of today’s article from Mark 3: 28-29. The context here has nothing to do with that portion of the scriptures. I am only using it here to describe “sins” in marriage that are very difficult to forgive.

Then I took time to explain what I meant. He roared into laughter, but at the end he respected my feelings and let me be. I felt then that it was hypocritical to intervene in a matter I knew I could not tolerate in my own marriage. The woman stripped her husband naked in public, metaphorically speaking, and I felt she should sort out herself to learn some valuable lessons. Somehow she did, because they are still together till date.

But why do spouses drive their other halves to the precipice and make it so difficult for their spouses to forgive them? Nigerian-born British singer, Sade Adu, sang about sweetest taboo. Yeah, but that taboo, you consider sweet, will it also taste sweet to your spouse?

In the last few weeks, I have read some crazy stuff that happened within families and marriages. There are shameless fathers from hell, who continually slept with their own under-aged daughters and aborted the resulting pregnancies. In the process, they created more mess to cover up an initial mess. There was also a husband who killed a young man with a hammer over hearsay that he was the wife’s lover. No reasonable human being runs his/her marriage based on hearsay.

Now he is in a mess, the talebearers are of no help to him; they do not have facts to back their allegations. Yet they used their hearsay to fan his anger into the consuming fire that snuffed the life out of the young man and put him in this mess with a potential life imprisonment or death penalty dangling over him.

But the story that tipped the scale is the woman who arranged her own kidnap to collect ransom from her husband. What came over her? She said she did it because her husband is stingy. Stingy can be relative. The husband might be financially prudent, while she is a spendthrift, who buys aso ebi and attends every owambe happening in town, a lifestyle the husbands considers unsustainable. The husband might actually be financially mean towards her which is not good.

But whatever the case, going the length of arranging your own kidnap is indefensible and inexplicable. Sometimes unless you empathise you cannot appreciate the enormity of an issue. Assume you are the one whose wife did such a thing to, how do you bring yourself to trust the woman enough to eat meals prepared by her again? Many husbands just sit at the dining table and start consuming whatever their wives put in front of them. They do this because they trust their wives not to do them any harm. That is why it is very easy for a wicked wife to poison her husband through food.

Again, how do you share the same roof with such a woman? I am not even talking about the same bed now. The difference between a dead person and a person asleep is that the former will never wake up again, while the latter will. But both of them are unconscious of their environment. So it is easy to snuff the life out of somebody who is asleep. Who says the wife will not go ahead next time to kill the husband so that she can have all the money to herself. She might even enlist outside help by leaving the entrance door or back door open at night. We have read about murders through such a method before.

If you watch Crime and Investigation Channel, you will realize there is scarcely a perfect crime. Crime only goes unsolved because somebody is sloppy in investigation, not thorough enough or somebody somewhere has decided to keep quiet. So crime is not something you should get involved in. This woman was even lucky; what if her husband had paid the ransom and her collaborators became greedy and snuffed the life out of her so that they could have all the money to themselves? Double crossing is very common in the underworld.
This incident throws light on the importance of two very important ingredients for the success of a marriage: trust and forgiveness. What is marriage without trust?

It is like salt without its saltiness. Also, God enjoins us to forgive in and out of season in order to earn His forgiveness. Unfortunately, many people and spouses use this as an excuse to commit “murder” and make forgiveness a mountainous task for their spouses. That is very sad and depressing.

Finally, every spouse should know what is sacrosanct to his/her spouse, the red lines; the sins against the Holy Spirit, as I explained earlier. What you are doing, will it hurt or grieve your spouse to the point of making it very difficult to forgive you? If it will, have a rethink.

A while ago, a married woman in Germany retired from prostitution because she could no longer perform the sexual acts and the acrobatics her clients wanted due to old age. But do you know who was driving her to work during her active years of employment (prostitution)? Her husband, who always asked her “how was work today” when she got back. For this man, adultery that has torn many marriages apart is not a “sin against the Holy Spirit.” You see what I mean? It is about your spouse here; God will take care of things His own way at the appropriate time. 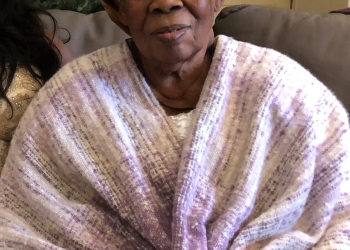 Emery warns Ozil, insists every player must defend for Arsenal