Home » Columnist » What if it turns out to be Rotimi Amaechi vs Nyesom Wike for president ? – By Mideno Bayagbon

by Bayo Millz
in Columnist
Reading Time: 4 mins read
A A
1 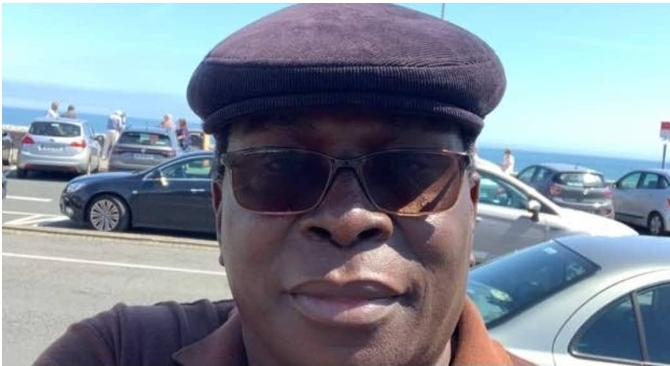 It is becoming clearer, daily, now that the All Progressives Congress, APC, might just end up having an Igbo man, from South South, as its Presidential Candidate. That will be giving the Igbos, who have for sometime now clamoured for one of their own to be allowed to become the President of Nigeria, their desire. But through the back door.

Nevertheless, will that assuage the agitation? Will the average Igbo man feel truly fulfilled that “one of their own” has finally been “allowed” to be President of NIgeria. I suspect the answer might be yes. But it is unlikely to satisfy the purists who believe that their clamour is for an Igbo man from the South Eastern states of Abia, Anambra, Ebonyi, Enugu, Imo to become the president of NIgeria. They say, that will be the final signal that the marginalisation of the Igbos on account of the devastating civil war, which ended 51 years ago, has come to an end.

There are those, however, who will remind the purists that their position is hypocritical. They will ask them why the same people in Rivers, Delta, part of Edo and other places, who they have always claimed are Igbos are suddenly, on the altar of politics, are not Igbo enough to wear their toga, to be the long sought-for President of Nigeria of Igbo extraction.

However, in the APC, at least, it appears a pipe dream for any of the Igbos of the South East states, who have indicated interest in the race to emerge the candidate. Chances of people like Orji Uzor Kalu, Rochas Okorocha or even Ogbonnaya Onu, who is the most recent name being whispered as interested in the race, from my close monitoring of the currents in the party, becoming the candidate of the party, are slim.

Rather, a momentum seems to be gathering around Transportation Minister, Rotimi Chibuike Amaechi (Rivers State) and Godwin Emefiele (Delta State) and Vice President Yemi Osinbajo (Ogun State). Even though the Central Bank Governor has not been a member of the APC, to public knowledge, there have been frenzied speculations and movements which suggest his eyes are on the number one job. But he is still “undecided”, and perhaps waiting for a critical endorsement before jumping into the ring, fully. As Nigerians have witnessed in the last two months, a nebulous group which is now being identified as Agbor Boys and some vested interests said to be around Aso Rock are the fire behind the smoke we have witnessed about drafting Emefiele into the presidential campaigns.

There is no doubt,, however, that the former Governor of Rivers State, a close ally of President Muhammadu Buhari, Amaechi, who his supporters hail as Lion of Ubima, is now fully into the race and appears to be one of the top three favoured to clinch the ticket. It is in this light, one must interpret the 86 page brochure which his supporters brought out last week to convince Nigerians that Amaechi has all it takes to be president of Nigeria. And to add verve to their arsenal, he is being projected as an Igbo man from Ikwerre in Rivers State. True, he has never hidden the fact that he is an Igbo. His surname, dressing and mannerism align to the core Igbo.

Readers of this column will recall that over three months ago, I predicted that for the 2023 Presidential elections, the closest the South East and the Igbos will get to being president of the country will be an Amaechi, or a Wike; or now, even an Emefiele! This drew furious sparks in the social media and around discussion round tables. Yet, before our eyes, it is coming to pass.

It will be no surprise, if the momentum gathering around having a consensus candidate emerge in the All Progressives Congress, APC, for the presidential race to favour Transportation Minister, Rotimi Chibuike Amaechi! Or strangely, in the peculiar NIgerian way, Godwin Emefiele. Stranger things have been witnessed before. Amaechi is daily somehow pushing towards the pole position. The supporters of Asiwaju Ahmed Tinubu, who are working so very hard to ensure he turns out the candidate of the APC are in for a shocker. It is already gaining momentum and soon, the conspiracy against the ambition of the former Lagos State governor in the APC will crystalize and he will either quietly accept his fate or like a lover scorned, the fireworks will begin.

But what ticks my fancy today is the possibility of two Ikwerre sons, two Rivers State rulers, once friends but now avowed enemies emerging the candidates of the PDP and APC. What an enchanting scene that will be. It will be more spectacular and dumbfounding than when two Yoruba sons, Olusegun Obasanjo and Olu Faleye squared up to fight for the presidency in 1999. Done then to assuage the anger of the Yorubas over the denial of their son, Chief MKO Abiola, the presidency which he clearly won, there is no precedence.

But with current Rivers State Governor, Nyesom Wike, campaigning to be the candidate of the Peoples Democratic Party, PDP; and Rotimi Amaechi, now also fighting to be the anointed candidate of the All Progressives Congress, APC, the possibilities of these two gladiators facing each other next year at the poll throws up an exciting scenario. It currently appears an impossibility.

My take is, It is easier for Amaechi to emerge the candidate of the APC than Wike for PDP. And should the near impossible happen and they face each other next year in the elections, given the current standing of each of them in the public mind and the nuisance value a scorned Alhaji Ahmed Bola Tinubu, the Jagaban and self acclaimed national leader of the APC can be, it will be 60-40 in the South for PDP and 65-35 for APC in the north. Write it down. Let’s compare notes after the elections in February, 2023. 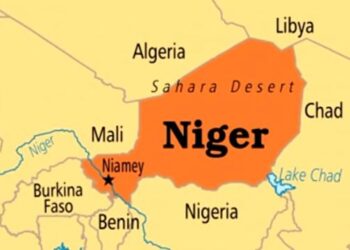