...Lyon was a cleaner at a new generation bank- Bayelsa CP

by Bartholomew Madukwe
in Crime Watch, News
Reading Time: 3 mins read
A A
0 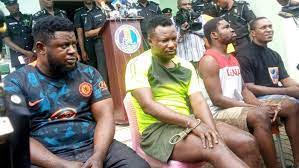 A suspected millionaire kidnapper, John Ewa, alias John Lyon, terrorizing Bayelsa state but based in Abuja, has denied being part of kidnap operations, saying ” I was misled to show them where this person is”.

The former banker (Lyon) was reportedly arrested by officers of Operation Puff Adder following the kidnap of Danjuma Emeije, a bank manager in Yenagoa, who was said to be his former boss. 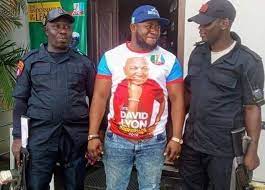 Emeije was reportedly kidnapped on June 30, 2022, and was released after paying 50 million naira as ransom.

Lyon. who was paraded in Yenagoa, Bayelsa State by men of the Nigeria Police Force, is alleged to have been involved in the kidnap of several persons in Bayelsa. 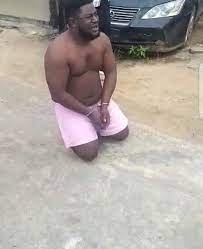 Speaking with journalists on Monday, Lyon said, “I’m not part of it (kidnap operations), I was misled to show them where this person is. I wasn’t involved in it.

“I’m not in the (kidnap) business. I didn’t approach Danjuma, I only went there to open an account.”

Lyon, 30, a native of Eruan community in Boki LGA of Cross River State, also spoke on his role in kidnapping another victim identified as Hakeem.

“I didn’t play any role in Hakeem’s kidnap, I just showed them his house. We were driving and I pointed to the house. It was my former boss’s house, that was it,” he said. 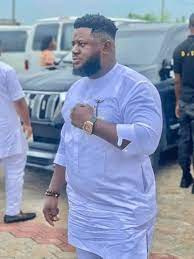 His alleged accomplice, identified as Emma, claimed that Lyon approached him and other gang members with the proposal to kidnap Hakeem and Danjuma.

“He is lying. I didn’t give him money, it wasn’t me that gave him money. I don’t know those people from anywhere. He is the one that worked with them, I don’t know anything about them,” he said. 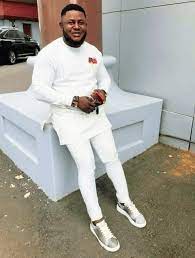 Emma responded: “He was the one that brought the Hakeem and Danjuma jobs. If anyone can reason, someone that brought a job would have more money than any other person, so why is he lying?

“He brought the job, saying that they sacked him from work and they have money, so let’s kidnap them. Heaven knows I know nothing about those people.”

Okoli stated this during the parade of Lyon and three other members of the kidnap syndicate.

According to the police boss, Lyon and his gang were involved in the kidnap of top bankers, businessmen and prominent persons.

He identified the leader of the kidnap gang as Emmanuel Angase, 37, a native of Azuzuama community, Southern Ijaw LGA of Bayelsa.

The CP said, “Angase operates a kidnapping camp at Sunikiri creek near Oluasiri in Nembe LGA with his second in command, one Gbalipre Gamage, now at large. Police operatives recovered a brand new Toyota Avalon he bought for his wife with the proceeds of ransom he collected.

“The gang leader, Angase, has confessed that on 30th June 2022 at about 0600 hours, himself, John Ewa and others at large accosted Danjuma Omeje at the entrance of his house at Okaka, kidnap him and fled in a blue Toyota Corolla car with plate-number KJA 225 AY.

“John Ewa, 30 years, aka John Lyon, a native of Eruan community in Boki LGA, Cross River State, known for flamboyant lifestyle on social media, a former cleaner with a new generation bank, confessed to have collected $10,000 (TenThousand US Dollars) from the ransom collected in the kidnap of Danjuma Omeje.

On some of the gang’s alleged activities, Okoli said: “On 8th December, 2020 one Akeeb Oladele Olushola, male, 48, a Manager of a new generation bank was kidnapped at his residence at Old Commissioners’ Quarters, Opolo. He was released on the 12th December 2020 after paying a ransom of N80m.

“Similarly, Danjuma Omeje, 41, a Manager of a new generation bank in Yenagoa was kidnapped at his residence at Okaka, Yenagoa, on 30th June, 2022. He was released on 14th July 2022 after paying a ransom of N60 million, N30m cash and US Dollars equivalent of N30m.”