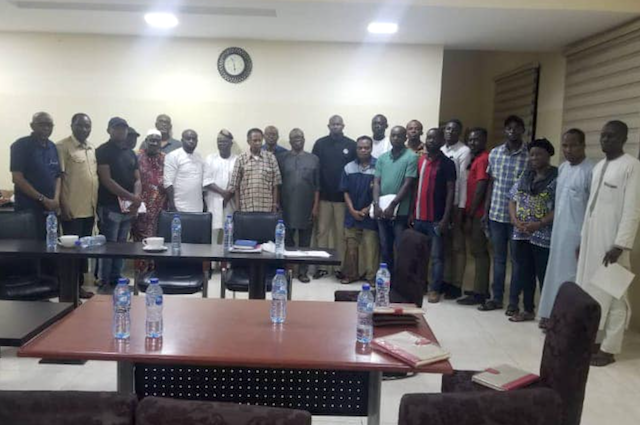 The leadership of the National Association of Nigerian Students (NANS) led by its President, Comrade Usman Umar Barambu met with the President of the Academic Staff Union of Universities (ASUU), Prof Emmanuel Osodeke on Sunday.

TheNewsGuru.com (TNG) reports that the meeting, which was held to chart a way forward on how best to end the protracted ASUU strike, lasted for over six hours, with Comrade Barambu appealing to Prof Osodeke for the union to shift grounds and call off the strike.

At the meeting, Osodeke took the new leadership of NANS through the various agreements signed with the federal government and the terms of conditions laid before them so as to enable them to return back to class.

The ASUU President reiterated the sheer negligence of the FG in assuaging or making serious efforts to end the over 7 months strike and how the union has remained unbending to the tactics of the federal government to use hunger to cajole them into returning back to class.

In responding to the plethora of agreements and yearnings from the ASUU leadership, the NANS President frowned at the docile attitude of the government in preventing the strike and allowing it to fetter for this long.

He however appealed to ASUU to kindly consider the sorry state of the Nigerian students and shift ground even though some of their demands remain germane and pivotal to the development of public institutions in Nigeria.

Barambu stressed that for students’ interests and dreams, ASUU should consider suspending the strike while permanent solutions are being devised. He further appreciated the ASUU President for granting them an audience and promised to keep working in pari passu with them to see that jointly they will achieve the desired state-of-the-art facilities needed for standard learning and proper education as obtained in other climes.